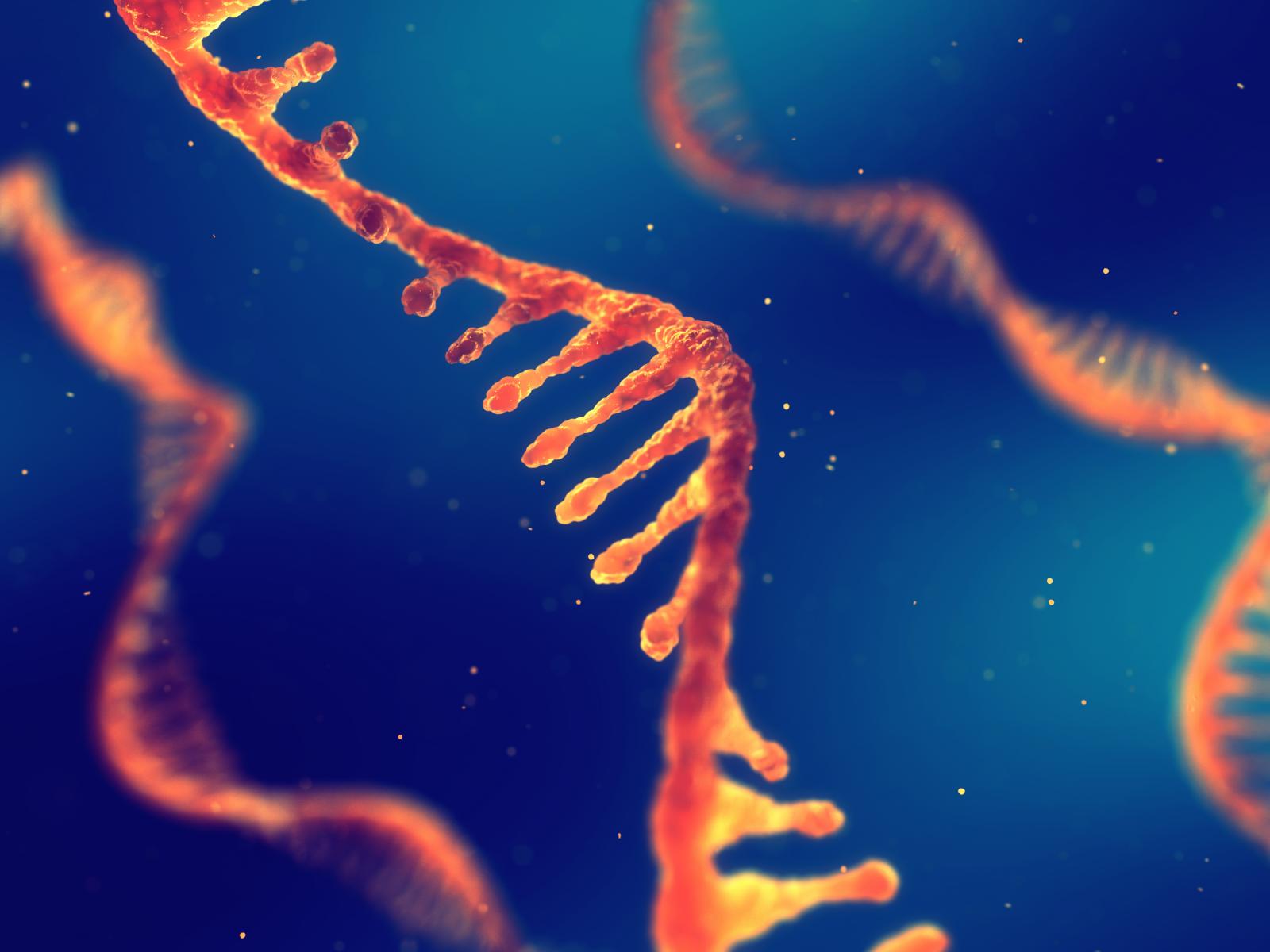 Aberrant translational control is emerging as a key feature of tumorigenesis and tumor progression across cancer types. The 4EBP1/eIF4E axis, in particular, is a major regulator of translation initiation and driver of oncogenesis. The oncogene eIF4E binds to the 5’-cap of mRNA to initiate translation by recruiting the eIF4F complex, which comprises the scaffolding molecule eIF4G and the RNA helicase eIF4A. 4EBP1 is an antagonist of mRNA translation and prevents eIF4F complex formation. 4EBP1 is phosphorylated and inhibited by the mechanistic target of rapamycin (mTOR) kinase complex 1 (mTORC1). These downstream translational effectors play critical roles in the progression of many human cancers by promoting the expression of cancer-promoting proteins such as oncogenes and growth and survival factors.

The Garner lab is collaborating with the Natural Products Discovery Core to discover and develop drug-like inhibitors that can precisely target the eIF4F complex, including stapled peptides that target eIF4E protein-protein interactions (PPIs). With the goal of identifying small molecules targeting eIF4E, we recently completed a high-throughput screening campaign of drug-like compounds from the Eli Lilly Biology Interrogation Cassette (BIC) and a marine natural product extract library housed within the Center for Chemical Genomics using an assay previously developed by our group. Although no small molecule hits were identified from the BIC set, several promising natural product extracts were identified. Based on the success of natural products in targeting classically “undruggable” proteins, such as eIF4E and its PPIs, we will identify eIF4E inhibitory small molecules using bioactivity-guided natural products discovery. We also will characterize eIF4E inhibitory natural products using biochemical, biophysical and cellular assays. 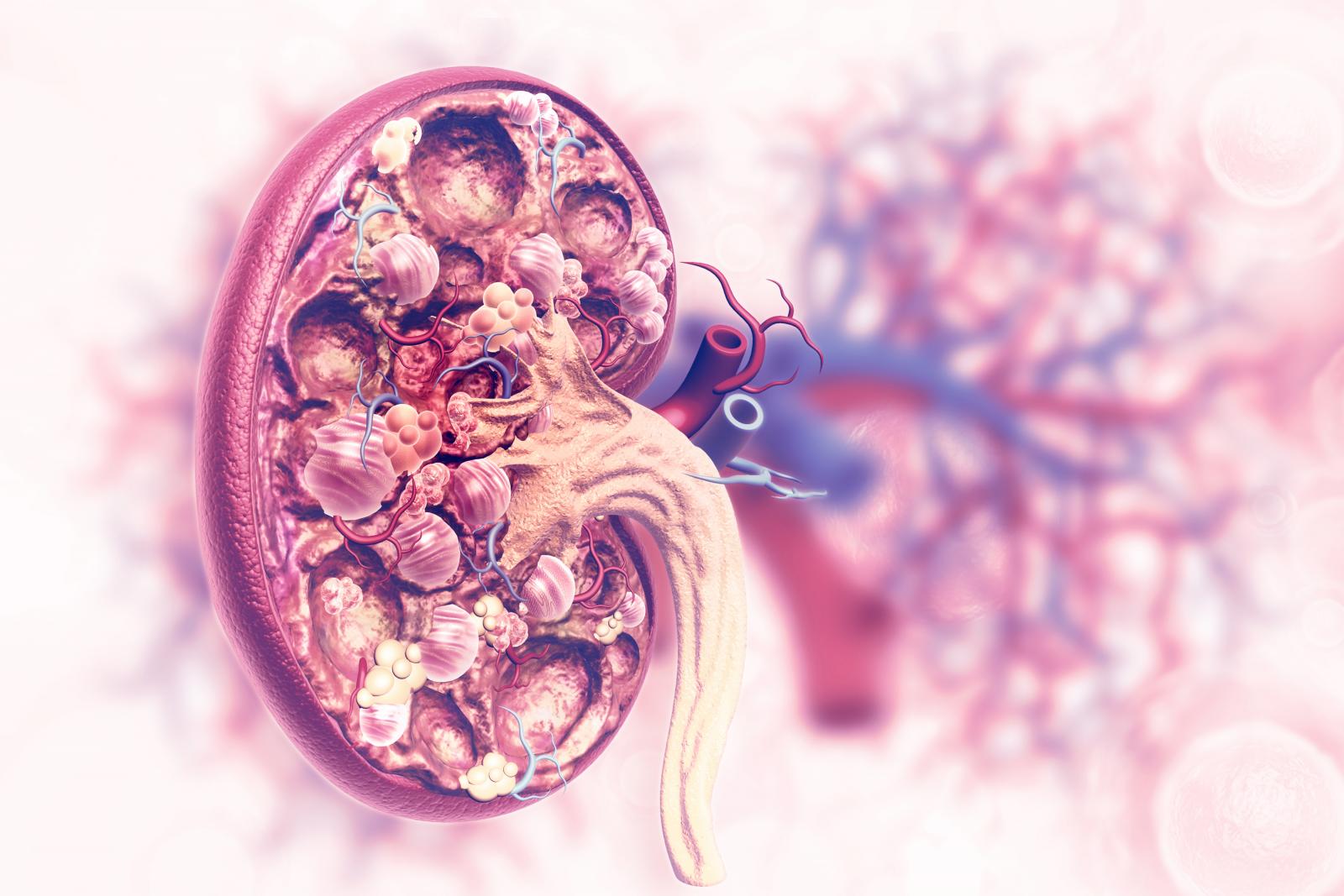 Fibrosis is the final, common pathological outcome of many chronic inflammatory and autoimmune diseases, which can lead to organ malfunction and even death. It is a form of non-physiological wound healing that is characterized by excessive accumulation of extracellular matrix proteins, loss of tissue homeostasis, and ultimately organ failure. PAI-1 is the physiologic inhibitor of tissue and urokinase plasminogen activator (tPA and uPA). In normal physiology, PAI-1 regulates processes such as thrombolysis and wound healing. However, PAI-1 has also been associated with many disease processes, including chronic fibrotic disease of the lung, kidney, and heart. This association has led to the suggestion that PAI-1 contributes directly to pathology, and that its inhibition may be an effective approach to treat a wide variety of diseases. There are currently no effective treatments that halt or reverse fibroproliferative disease, therefore the development of an effective fibrosis treatment would be highly innovative. In addition, PAI-1 is a major downstream effector of TGFβ-mediated signaling, directly regulating inflammatory cell infiltration and wound (scar) matrix deposition. Persistently elevated PAI-1 levels lead to multiple organ fibrosis; conversely, PAI-1 deficiency is associated with reduced fibrosis. Animal and human genetics support PAI-1 as a molecular target.

A collaboration between the Lawrence lab and Sherman lab through the Natural Products Discovery Core brings together two highly innovative approaches to what has thus far been an intractable problem. By combing the expertise of these two groups and the core, it is expected that high affinity PAI-1 inactivating compounds with efficacy against PAI-1 bound to its in vivo co-factor vitronectin will be identified. These compounds should provide highly innovative lead structures for the development of high affinity PAI-1 targeting therapeutics. 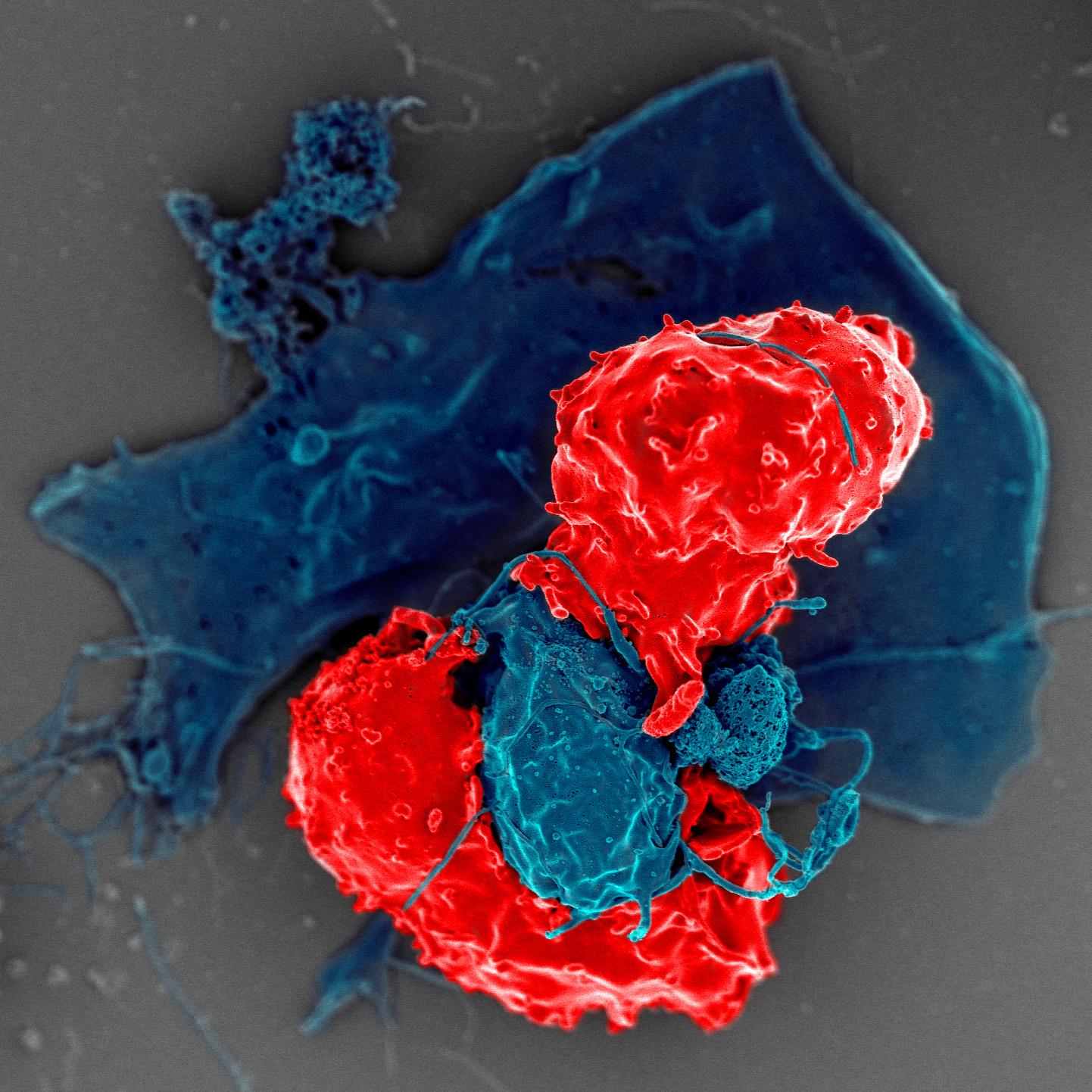 Immunotherapy is advancing cancer treatment in multiple fronts. Activation of the innate immune system is a crucial step for initiation of anti-tumor immune responses, and recent studies have shown that innate immune cells within the tumor microenvironment can be triggered by cancer cell-derived DNAs. DNA released from tumor cells is detected by the innate immune cells via intracellular cyclic GAM-AMP synthase (cGAS), which catalyzes the generation of cyclic GAM-AMP (cGAMP). Cytosolic cGAMP activates the stimulator of IFN genes (STING) pathway and induces Type-I IFNs response, thereby orchestrating antitumor immunity.

Given the critical role of the cGAS-STING pathway in cancer immunity, there has been intense research effort to develop STING agonists for cancer immunotherapy. To date, discovered STING agonists have been cyclic dinucleotide (CDN) derivatives that mimic the role of cGAMP, and these STING agonists are currently under clinical development at Aduro/Novartis, Bristol-Myers Squibb/IFM Therapeutics and Merck. For example, Corrales et.al reported Rp,Rp-isomer of the 2’3’ bisphosphorothioate analog of cyclic diAMP, MIW815 (ADU-S100) that activates human STING and eliminates established murine tumors after intratumoral administration. However, conventional STING agonists need to be administered intratumorally due to off-target toxicity and potential cytokine storm, thus precluding their wide applicability for the treatment of metastatic cancer10-12. Thus, there is an urgent need to identify and develop new STING agonists that can eliminate advanced cancer in an effective and safe manner.

The NPDC is woking with the Moon lab to address this unmet medical need by identifying and developing an entirely new class of non-nucleotide STING agonists from our natural product extracts library. We propose to achieve this by performing high-throughput screening (HTS) of microbial natural extracts and identifying new STING activating compound(s). 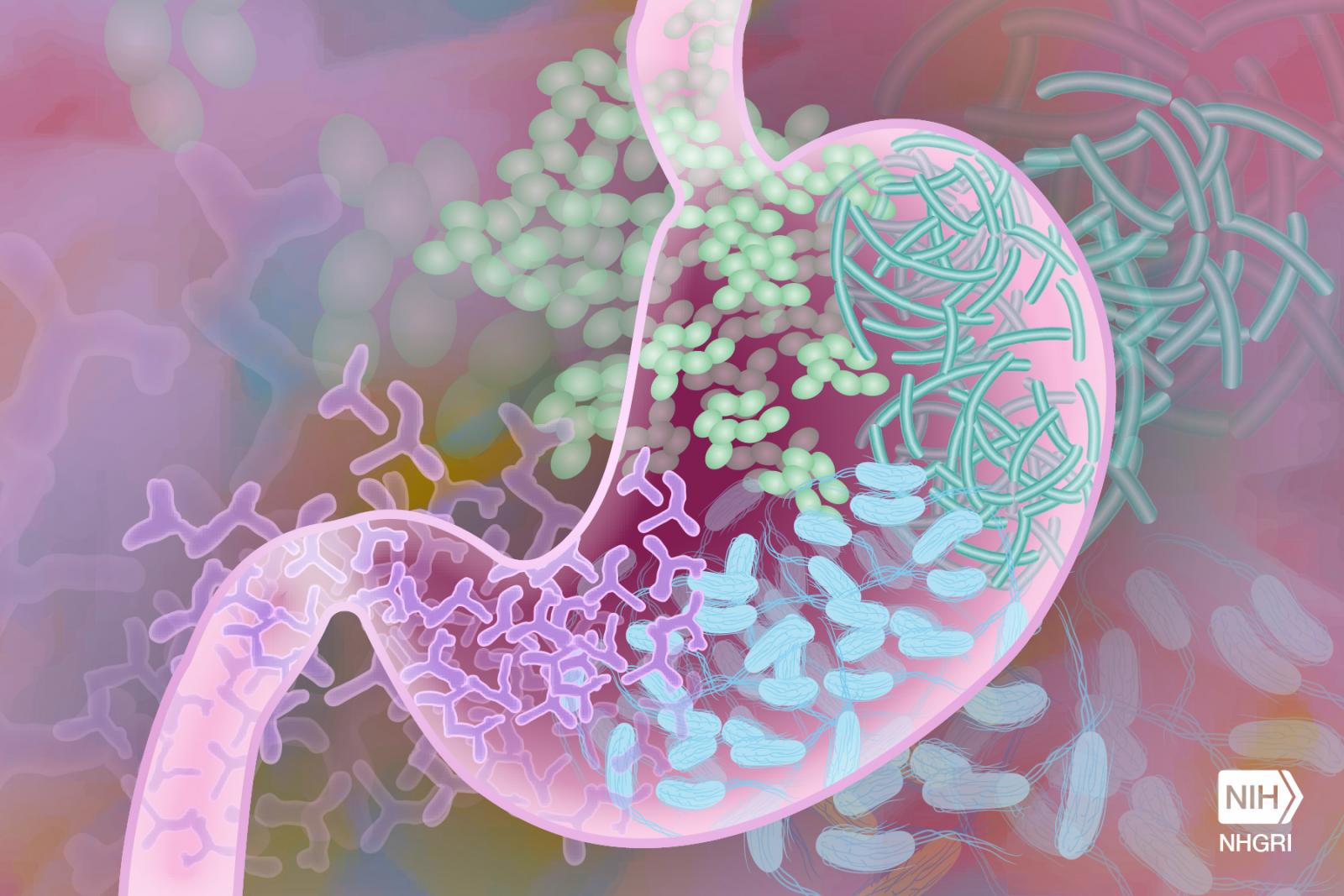 Humans lack enzymes for digesting dietary fiber, so this aspect of our physiology has been relegated almost entirely to symbiotic gut microorganisms. Various bacteria that are abundant in the human gut microbiome have evolved mechanisms to sense, degrade and import sugars derived from dietary fiber polysaccharides and other sources, such as mucosal glycans, dietary additives, and even other microbes.

The goal of this project is to characterize microbial cultures, isolated from healthy human stool samples, that degrade and consume xanthan gum as a primary carbon source. This includes characterizing the catabolic degradation pathway(s) and determining which enzymes are involved. In collaboration with the Martens group, we are separating and isolating hundreds of mg-to-gram quantities of the xanthan gum degradation products (using preparative HPLC). These products will be characterized by at least single-quad mass spectrometry (MS) and may be further validated with MS/MS, NMR, and other techniques. Isolated compounds will be used for microbial growth experiments, testing activities of additional enzymes, and as standards for further analytical methods. We will also develop an analytical method to efficiently quantify degradation products (e.g., LC combined with a quantitative detection method such as UV, ELSD). This analytical method will be used to measure and quantify xanthan gum degradation pathways in the microbial cultures, as well as to test recombinant enzymes for activity. 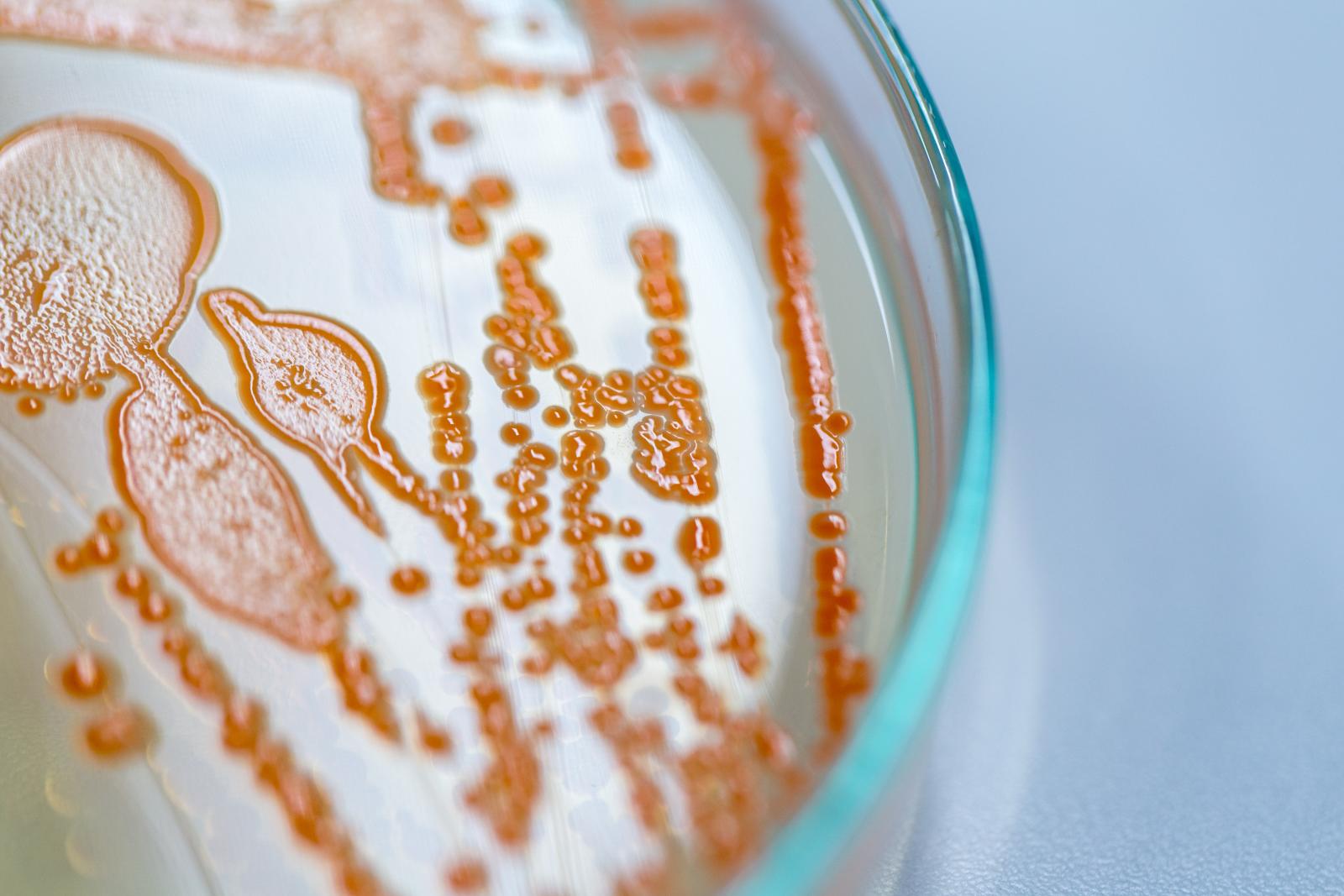 Serratia marcescens largelyhas been considered an environmental pathogen due to its ability to infect insects and survive in soil and aquatic reservoirs. Recently, however, S. marcescens also has been  reported as a major opportunistic pathogen that commonly causes infections including bacteremia and endocarditis and is now isolated with an increasing prevalence of antibiotic resistance. S. marcescens is a Gram-negative bacterium with multiple virulence factors; but, in contrast to some of the well-characterized virulence traits, relatively little is known about its iron acquisition ability during clinically relevant infections. Further, apart from largely descriptive studies, characterization of the siderophores involved in the iron acquisition mechanism and their contribution to virulence in clinical isolates of S. marcescens has not been extensively explored.

In order to understand the mechanism, we are using a global approach to identify the iron-regulated transcriptome of the S. marcescens bloodstream isolate, UMH9, by RNAseq. We have selected two genetic regions that are predicted to encode biosynthetic machinery for siderophore production. The two identified siderophore operons have been predicted to produce chrysobactin and serratiochelin, by bioinformatic approaches, respectively; however, these hypotheses have not been confirmed through an experimental study on a clinical isolate of S. marcescens. Furthermore, these molecules have not yet been linked to the pathogenicity of the microbe. In collaboration with the Mobley group, we want to determine how siderophore molecules affect the pathogenicity of S. marcescens using mass spectrometry technology, and answer the question of how siderophores that were meant to function in nature contribute to human infection.

Characterization of metabolic signatures in patients with lung cancer 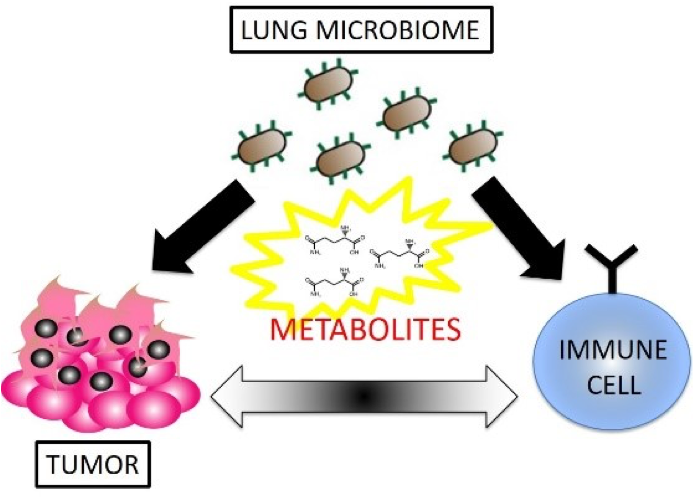 Lung cancer is the leading cause of cancer death in the United States. With the introduction of immunotherapy (checkpoint inhibitor blockade), lung cancer outcomes have improved. However, only a minority (approximately 10% to 20%) of lung cancer patients have durable responses to checkpoint inhibitor blockade. Improving durable responses to immunotherapy will lead to better clinical outcomes.

Recent studies have suggested that the composition of the human gut microbiome correlates to outcomes in melanoma patients treated with immunotherapy. At the same time, it is now appreciated that the lung harbors its own microbiome, which influences host inflammation and metabolism. It is also appreciated that the lung microbiome produces bacterial metabolic byproducts which can influence host physiology. We are collaborating with Frank Weinberg from Deepak Nagrath's laboratory at Michigan Medicine to identify bacterial and/or host metabolites that correlate with differential lung microbiota signatures in patients with lung cancer. This will potentially lead to the discovery of novel therapeutic targets that can be used in combination with immunotherapy to improve clinical outcomes in lung cancer patients.