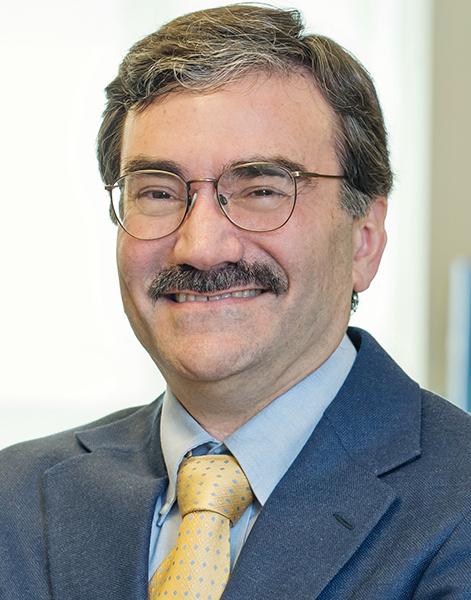 ANN ARBOR — University of Michigan Life Sciences Institute faculty member Daniel J. Klionsky was awarded the 2015 van Deenan Medal from the Institute of Biomembranes at Utrecht University in the Netherlands.

The award is given annually to a leading scientist in biomembrane research. Past winners have included William Wickner of Dartmouth Medical School, Scott Emr of Cornell University and Nobel laureate Randy Schekman of the University of California, Berkeley.

Klionsky, who is also the Alexander G. Ruthven Professor of Life Sciences in the College of Literature, Science, and the Arts, is a cell biologist who works primarily with baker’s yeast (Saccharomyces cerevisiae).

Klionsky’s research focuses on the cellular process known as autophagy, which literally means “self-eating.” Autophagy is the process by which cells break down cellular components to survive stress conditions such as starvation — it can be likened to what happens in our bodies when we do not eat for a long period of time. All cells, from yeast to human, in starvation conditions alter their regular pathways and begin cannibalizing parts of the cell to stay alive. The failure of autophagy plays a role in cancer, neurodegenerative conditions like Parkinson's and Alzheimer's disease, and other areas of human health.

Using biochemistry, Klionsky’s lab has been asking questions about the individual molecules involved in the transport of proteins and cellular signaling related to autophagy. How does the cell determine that an organelle is damaged and then use autophagy to selectively recycle the parts? Why do certain drugs induce or block autophagy? How do cells regulate autophagy? Answering these questions could help guide new therapeutic applications to treat or prevent certain diseases.