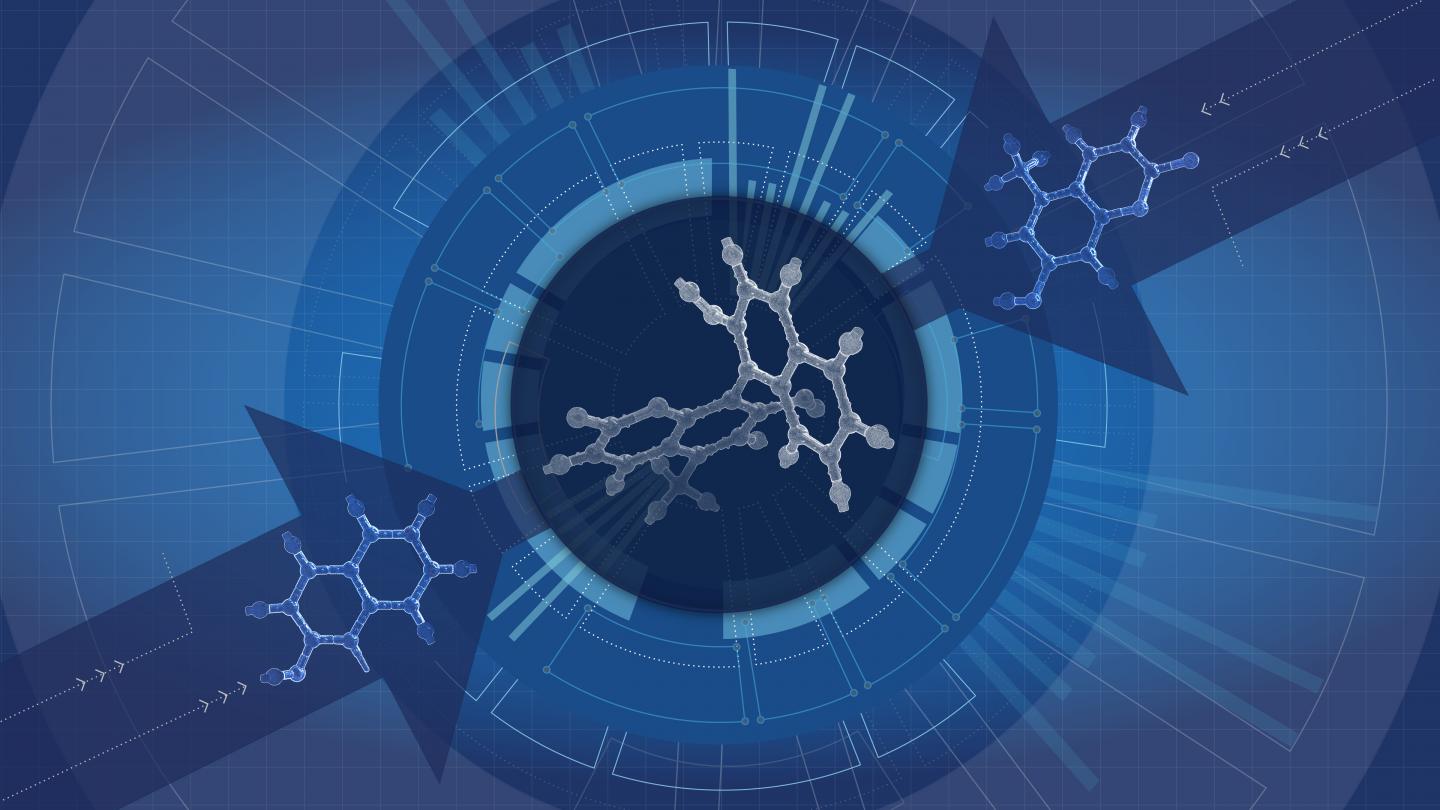 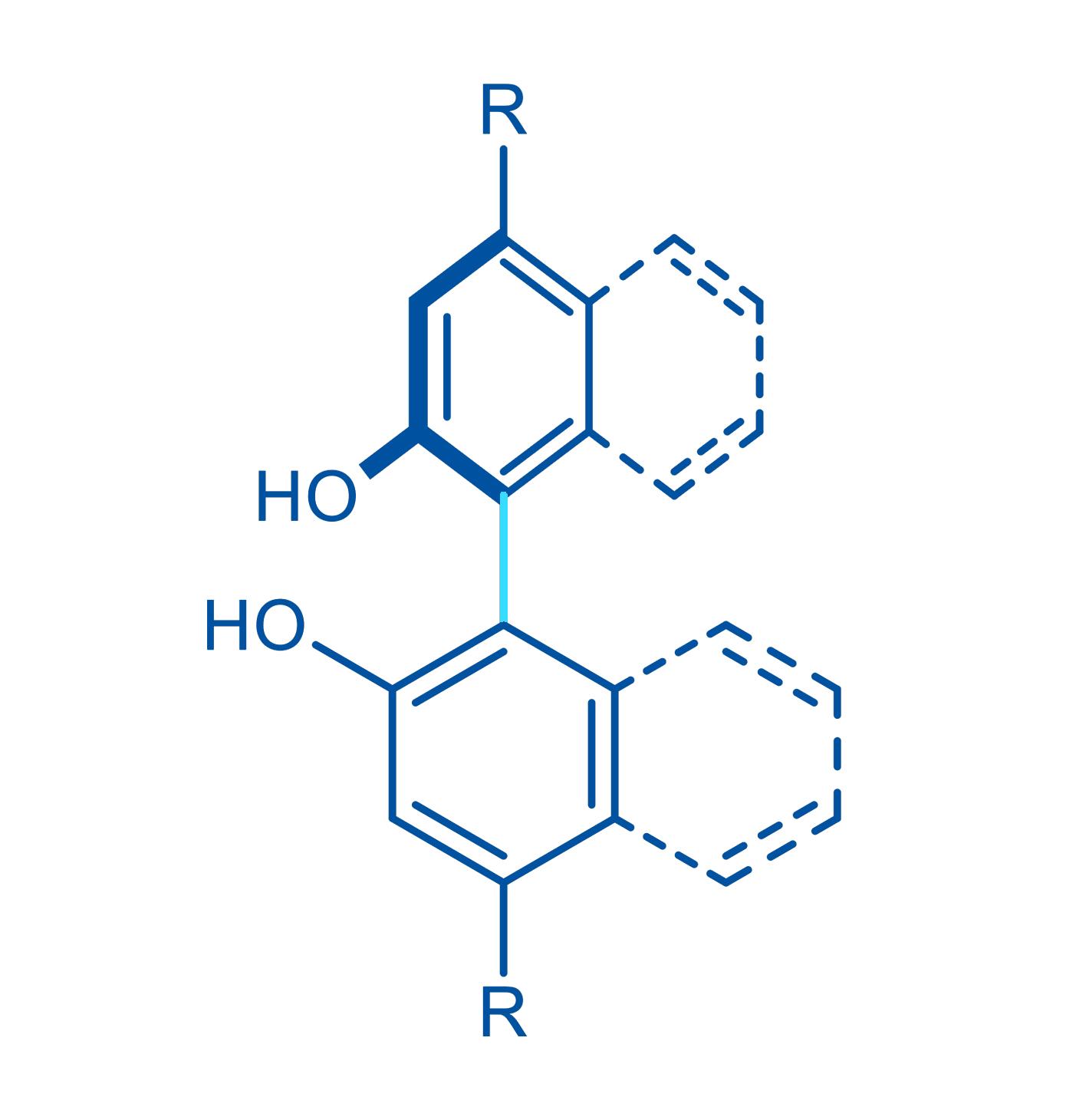 The complex molecules that form many indispensable medicines and materials arise from the same basic set of building blocks, which chemists must assemble and reorganize precisely to build new compounds.

A new study featured on the cover of the Mar. 3 issue of Nature now offers an efficient, greener strategy for constructing one of the more common building blocks, using tools found in nature and sharpened in yeast.

The research focused on the biaryl core—the coupling of two aromatic rings joined by a carbon-carbon bond found at the center of many chemical compounds.

Traditional methods for building this core use metals to initiate the reaction bring the two aryl compounds together, a process that is both time-consuming and can be inefficient. Now researchers in the lab of Alison Narayan, Ph.D., at the University of Michigan Life Sciences Institute have a devised a strategy that overcomes these challenges.

Rather than using metals, this new approach capitalizes on the power of biocatalysis by repurposing enzymes—the proteins that accelerate chemical reactions inside cells—to perform similar reactions in the lab.

“Most enzymes have evolved over millions of years to perform one very specific reaction, very well,” says Narayan, who is the Mary Sue Coleman Associate Professor at the LSI and associate professor of chemistry in the U-M College of Literature, Science, and the Arts. “The challenge is to coax them into performing the reactions that we want to do, not just the ones they’ve evolved to do.”

With this latest study, Narayan and her colleagues have done just that. The researchers started with an enzyme produced in yeast, from the cytochrome P450 class of enzymes, which is naturally able to combine two identical molecules. Using protein engineering strategies, they then made thousands of individual substitutions to this enzyme—swapping one amino acid for another—and tested the new versions’ ability to perform a variety of reactions.

Through subsequent rounds of protein engineering, the team was able to develop enzymes that produced greater quantities of the desired product with less waste. In other words, the enzymes joined the two building blocks that the researchers wanted to combine, and did so at higher rates than traditional methods produce.

... we can take enzymes in nature that naturally put together only two similar molecules, and we can ask them to do a whole host of different reactions to form the building blocks of complex compounds.

The use of enzymes to perform chemical reactions is not new, but this latest research demonstrates that biocatalysis can be used to achieve more complex reactions than previously believed. Standard biocatalytic reactions typically change or add one small functional group on a molecule. Using protein engineering, however, Narayan’s team has developed enzymes that can join multiple complex pieces at once, while still directing the pieces to bind at the right location and in the correct orientation.

“We are basically training this one enzyme to be a sort of ‘custom builder’,” says Lara Zetzsche, a graduate student in Narayan’s lab and a lead author of the study. “This study is a proof of concept, showing that we can take enzymes in nature that naturally put together only two similar molecules, and we can ask them to do a whole host of different reactions to form the building blocks of complex compounds.”