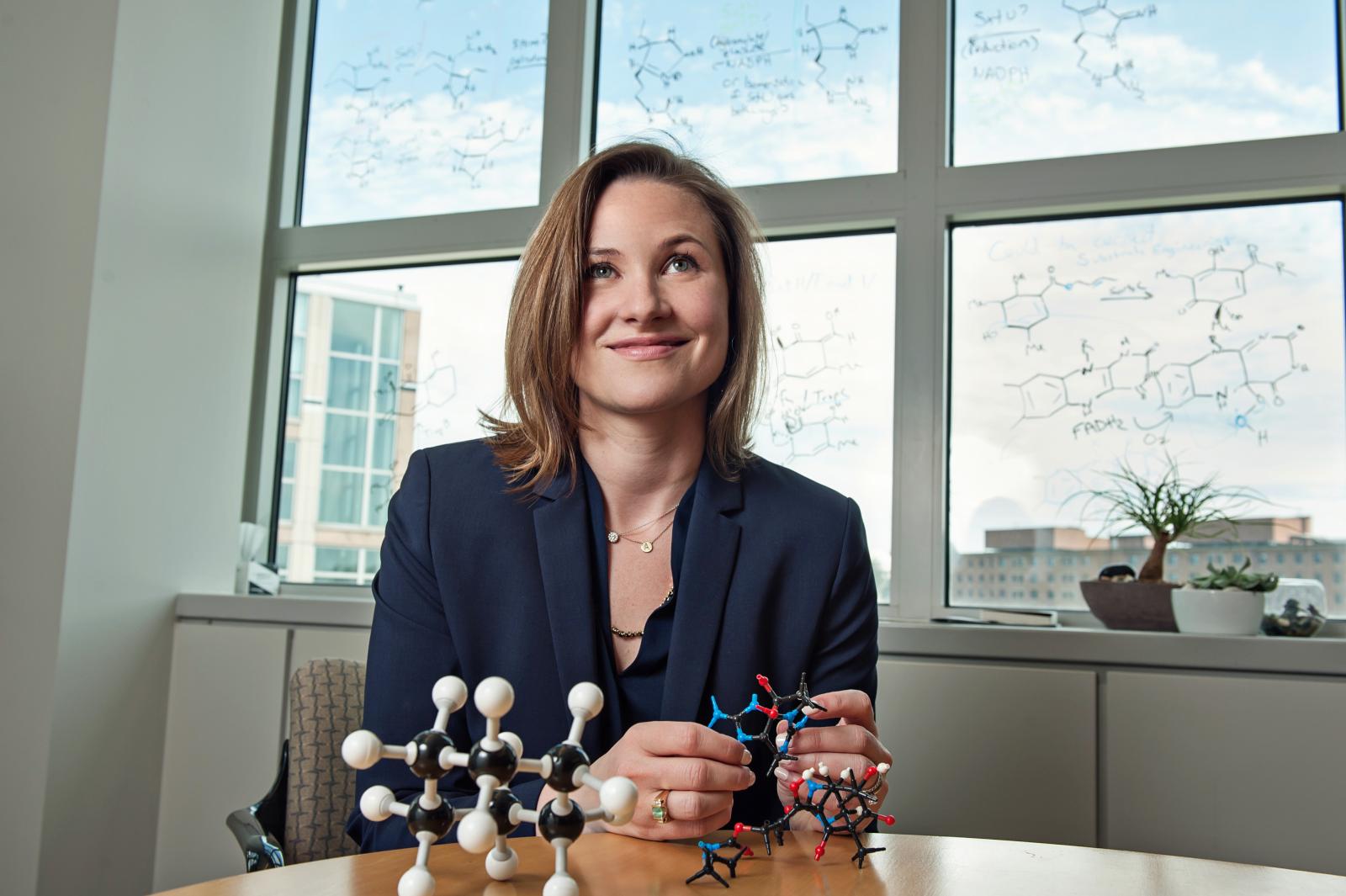 Narayan is an associate professor of chemistry in the College of Literature, Sciences, and the Arts and a research associate professor at the Life Sciences Institute, where her lab is located. Her research program is developing greener, more efficient methods for the organic synthesis of chemical compounds, by leveraging the power of biocatalysis.

“Our approach is very interdisciplinary — we try to solve organic chemistry challenges by using tools from biology,” Narayan explains. “I’m really excited, and deeply honored, to see this type of interdisciplinary approach being recognized in this way.”

“The Narayan group has had an enormous impact at the nexus of synthetic chemistry and enzymology,” says Phil Baran, Ph.D., the Darlene Shiley Chair in Chemistry at Scripps Research, who nominated Narayan for the award. “Alison’s work has opened many eyes to the power of combing these two fields in the most complex settings and I view this approach as being one of the most exciting future areas for chemistry.

Established in 1984, the Cope Scholars Awards are one of the most prestigious awards in the field of organic chemistry. The American Chemical Society names a total of 10 scholars each year, across three categories: Early Career Scholars, Mid Career Scholars, and Late Career Scholars.

“This award has such a tremendous history and includes so many of the people I look up to as scientists,” Narayan says. That includes Narayan’s fellow chemistry professor and neighbor at the Life Sciences Institute Anna Mapp, Ph.D., who received the award in 2012. “It really is an enormous privilege to now be included on that list.”

The Cope Scholar Award adds to an impressive list of honors Narayan has received since joining the U-M faculty and starting her independent research lab in 2015. She has received the Cottrell Scholar Award, and was named an Alfred P. Sloan Research Fellow, a Camille Drefyus Teacher-Scholar and a Novartis Institutes for BioMedical Research Global Scholar.

“Dr. Narayan has put together an innovative research program that benefits from her deep understanding of the challenges in organic synthesis and her mastery of techniques in biocatalysis,” says John Montgomery, Ph.D., Arthur F. Thurnau, Margaret and Herman Sokol Professor in Medicinal or Synthetic Chemistry and Arthur F. Thurnau Professor of Chemistry at U-M, who supported Narayan’s nomination for the award. “Her broad expertise and creativity position her extremely well to hold a leadership position in this exciting field going forward.”