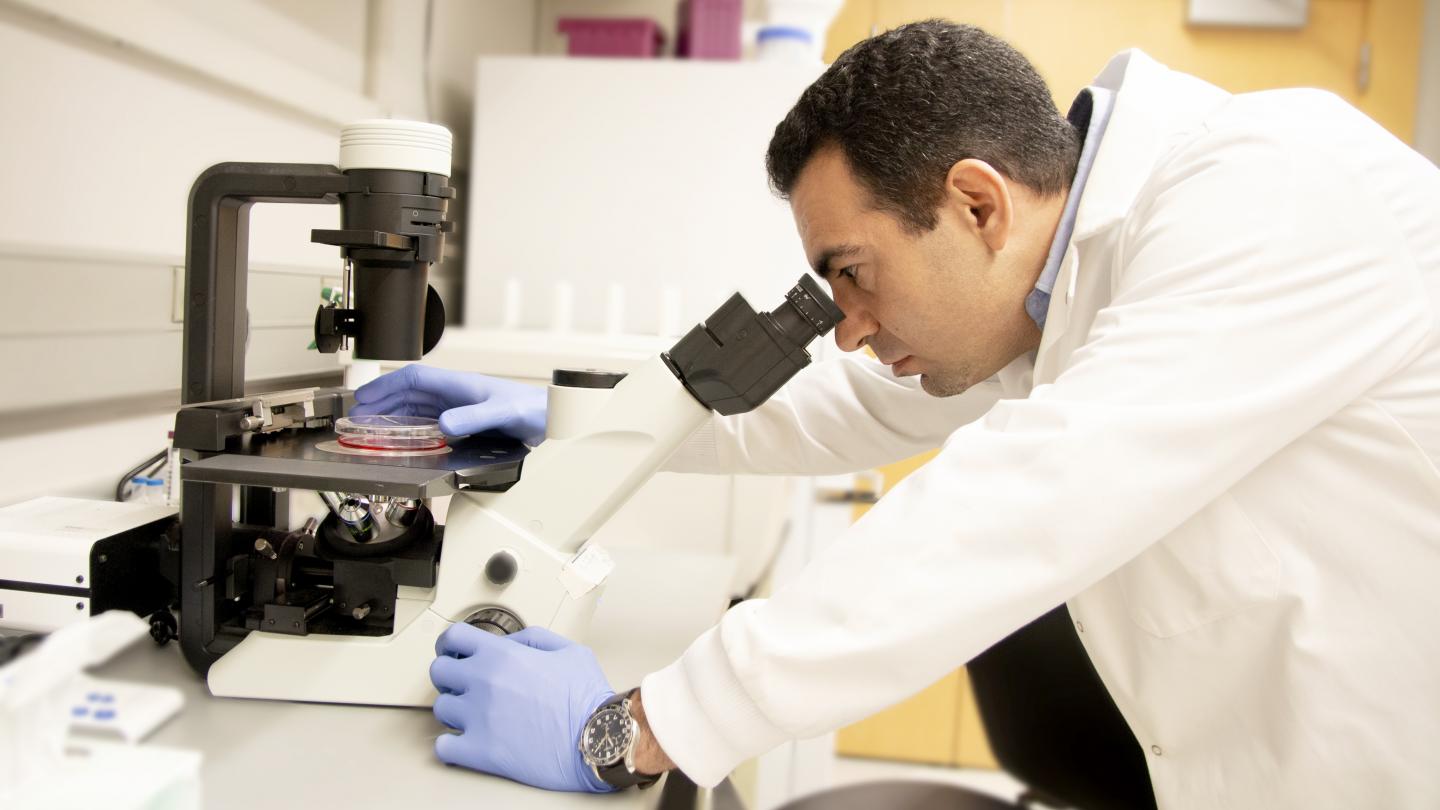 Cakir is the latest recipient of the Klatskin-Sutker Discovery Fund award, which was established through a generous gift from the Klatskin and Sutker families to fund innovative, early-stage research that has potential to have a positive impact on human health.

A common cause of obesity is insensitivity to leptin. This naturally occurring hormone decreases appetite and stimulates calorie burning when animals — including humans — have a surplus of stored energy. The effects of leptin, however, are diminished in obese animals, predisposing them to further weight gain from overconsumption of a high-fat, high sugar diet (also called diet-induced obesity).

Research has shown that blocking the enzyme HDAC6 (short for histone deacetylase 6) can increase leptin sensitivity. In previous studies, Cakir specifically found that a molecule called tubastatin A (TubA) effectively blocked HDAC6 and stimulated substantial weight loss in mice who had been fed a high-fat, high sugar diet.

The problem is that most HDAC inhibitors have failed as effective drugs in clinical trials. These inhibitors work by removing zinc from HDAC6, which needs the metal to function. But the same part of the inhibitors that remove the zinc also makes them unstable and potentially toxic in the human body.

Building on his research with TubA and another zinc-binding molecule, Cakir now plans to construct new molecules that retains the HDAC6-blocking properties of TubA, without the associated toxicity.

This is the type of creative, inventive research that is needed to ultimately lead to successful translational and human-health findings.

While the project has the potential to help address a pervasive human health concern, it is still in the early stages of drug-discovery research and would likely be considered too high-risk for many traditional funding stages.

“Typically, most funding agencies want to see more preliminary data before they fund projects like this,” explains Cakir. “The Klatskin-Sutker funding is allowing us to continue advancing this project and obtain the data that can lead to further drug development.”

Early experiments with one such molecule have shown promise in isolated mammalian cells and obese mice. With support from the Klatskin-Sutker Discovery Fund, Cakir will work with the LSI’s Center for Chemical Genomics and the College of Pharmacy’s Vahlteich Medicinal Chemistry Core to design novel HDAC6 inhibitors and begin testing their effectiveness in animal models.

“This is the type of creative, inventive research that is needed to ultimately lead to successful translational and human-health findings,” says Deborah Klatskin. “And that’s the type of research we want to promote with this discovery fund.”