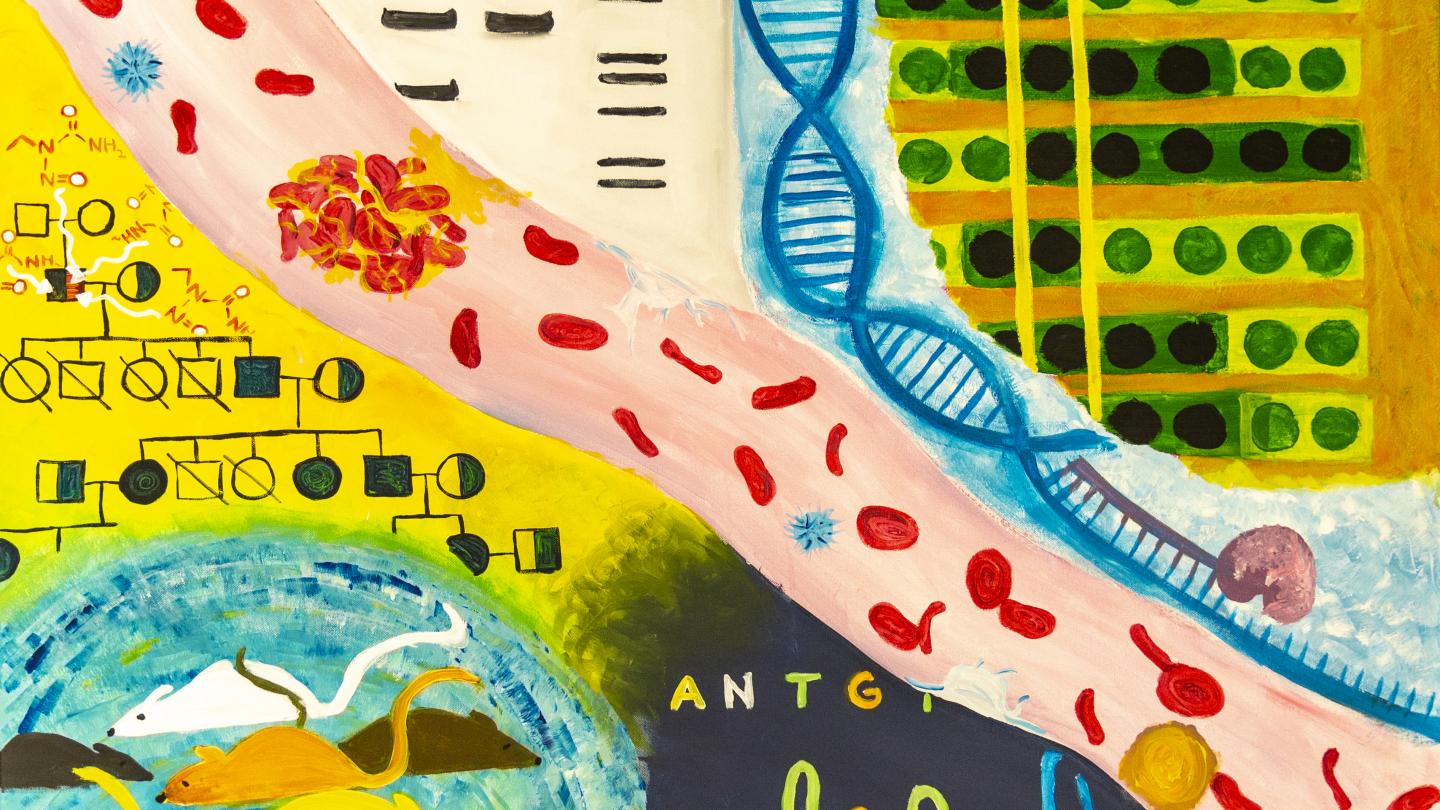 Acrylic genetics: When scientific research becomes a work of art

When graduate student Kärt Tomberg joined the lab of David Ginsburg, M.D., at the University of Michigan Life Sciences Institute, she planned to identify the genetic factors that play a role in a fatal blood clotting disease. Now, the culmination of that project is featured in the September 2018 issue of PLOS Genetics, not just as a research study, but as art.

Tomberg came to the U-M LSI  as a Fulbright Science and Technology fellow. One of the many enrichment activities and seminars she participated in through that program challenged fellows to use some means to communicate their Ph.D. projects to wider audience. Tomberg decided to communicate through visual art, developing a large acrylic painting to depict her research. And since she could not transport the large canvas to the seminar where she was presenting, she also filmed the painting’s creation.

Ginsburg admired the artwork so much that, after the it won first prize in that competition, Tomberg allowed the LSI to add the painting to its permanent collection. It now hangs prominently in Ginsburg’s office.

The artwork was recently selected as the cover for the September 2018 issue of PLOS Genetics, which includes the final results of the project represented in the painting.

“I started working on this project years ago, and lot of it was only a vision back then depicted in this painting,” explains Tomberg, who is now a postdoctoral research fellow at the Wellcome Sanger Institute in the United Kingdom. “Now, seven years later, the project is finally published — a long journey!”

The colors of my science