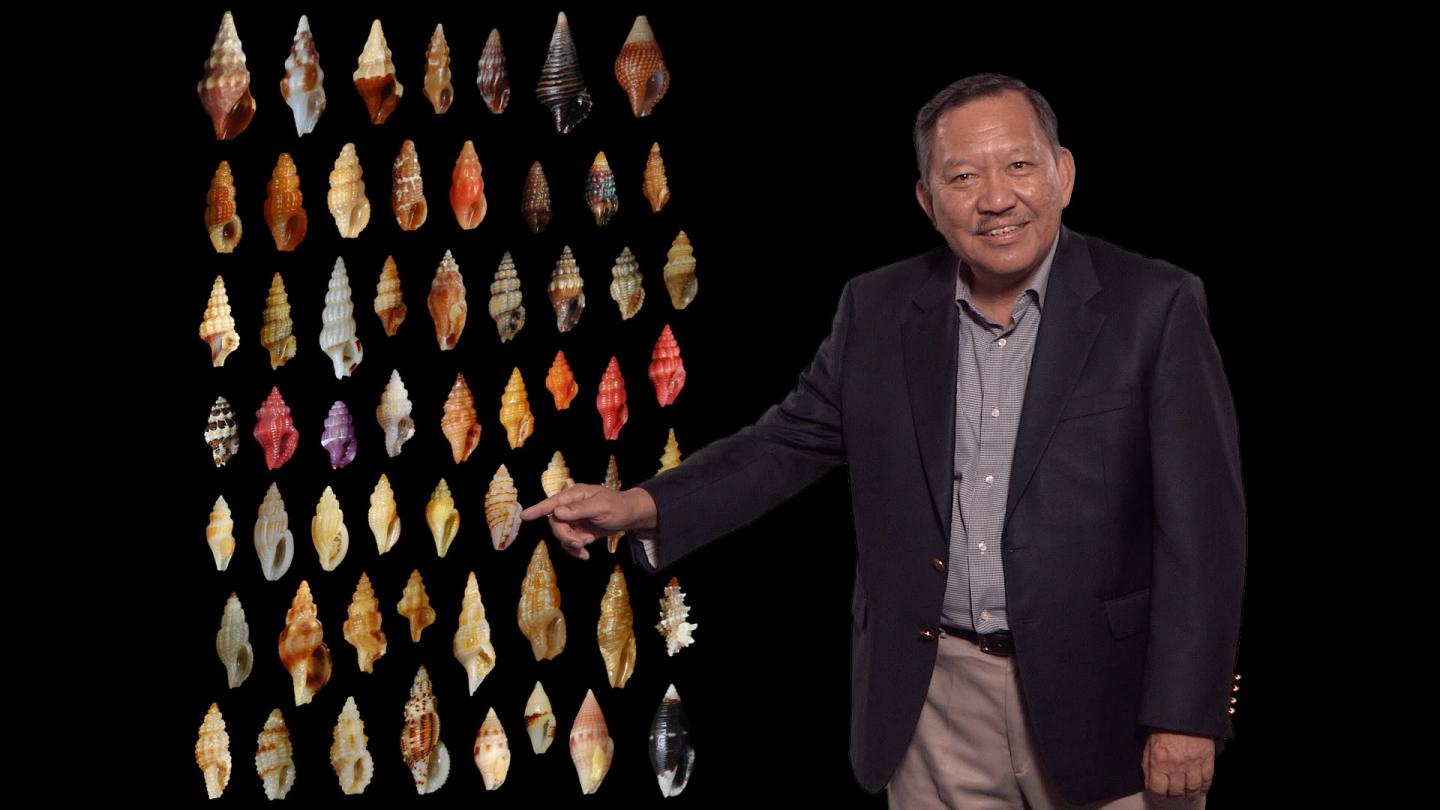 The unconventional wisdom of Baldomero Olivera 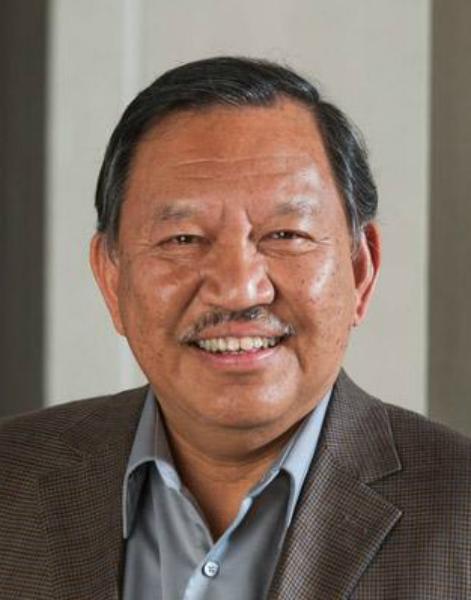 Not every molecular biologist would think to look in cone snail venom for potential therapeutics. But a long-held interest in the biological environment that surrounded him while growing up in the Philippines — and a habit of making unconventional choices — led Baldomero “Toto” Olivera to do just that.

After completing his Ph.D. at the California Institute of Technology and postdoctoral research at Stanford University, Olivera returned to the Philippines to establish his independent research program. Now a Distinguished Professor of Biology at the University of Utah, Olivera has discovered several peptides in snail venom that have reached human clinical trials. One has been approved for the treatment of severe pain. 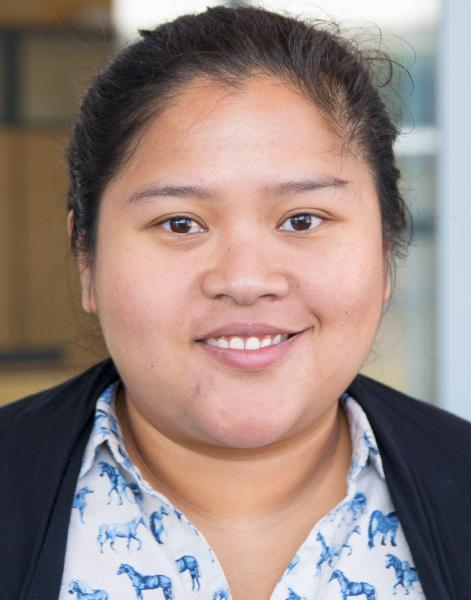 While building a productive research program, he also was developing new ways to educate and inspire future generations of scientists in the U.S. and the Philippines. As a Howard Hughes Medical Institute Professor, he has developed hands-on curricula that draw young students to science by teaching them about scientific principles they can observe in the organisms they see every day.

Olivera will visit the University of Michigan Life Sciences Institute next month as part of U-M’s Annual Diversity, Equity and Inclusion Summit. Prior to this visit, he spoke with LSI postdoctoral fellow Aileen Ariosa, Ph.D. — who, like Olivera, grew up in the Philippines and earned her Ph.D. at Caltech — about the education, opportunities and happy accidents that have shaped his scientific career. Their conversation, edited for clarity, follows.

Aileen Ariosa: Describe your personal journey to becoming a scientist. Who were your biggest inspirations?

Baldomero Olivera: I would say the most important person was my high school teacher in the Philippines. She was a teacher of both chemistry and zoology, and she was really the main person who influenced me to go into science. I was always interested in biology — I was the type of kid who brought bugs into the house. But having this high school teacher really made it clear that I wanted to go into science.

The University of the Philippines had just established what they called the UP Preparatory High School. We were the first class; so, in a way, the teachers were still developing their curriculum, because it was a little different from the standard high school curriculum at the time. She really liked doing experimental science, so we did a lot of experiments. I just thought that was very useful. I think that, by any standard, she was an unusually talented and dedicated teacher.

And in the Philippines at the time, there wasn’t an obvious broad career option if you majored in biology. So that’s why I started out being a chemistry major as an undergraduate. When I finished college, I got a fellowship to go to graduate school, and I ended up at Caltech — like you did — in the chemistry department.

AA: That sounds familiar, because for me also it was the high school science teacher — who happened to be my grandmother — that influenced me to like science. But at the same time, like you said, there weren’t that many options for biology as a career. So I actually started out in engineering, but I didn’t like it. I switched to biochemistry because I thought it would be a good balance, since I like both chemistry and biology.

Are there any other particular aspects of your background that have shaped your approach to science and your career?

BO: My mentors both in graduate school and as a postdoc were extremely influential. At Caltech, my Ph.D. advisor was in the chemistry department, but he had decided to switch to doing biological problems a few years before I joined his lab. The really great thing about him was that he was really interested in the education of his graduate students, so we really got a very good experience.

AA: Your research now focuses on venomous snails. How did you first come to study them, and what are you learning from them?

BO: It was kind of an accident. I really was a mainline sort of molecular biologist/enzymologist as a grad student and as a postdoc. But I had always planned to go back to the Philippines. I got an appointment at the Department of Biochemistry in the med school at the University [of the Philippines]. The lab I started out with really had no equipment at all, and so it was clear I couldn’t continue doing the sort of DNA synthesis and enzymology that I had been doing. We had to look for a different project. And because I collected cone shells as a kid as a hobby, I knew that these snails were venomous. I decided that there would be some local advantages to studying those snails, since it’s easy to get them in the Philippines. And, importantly, this was a project that we could start without any equipment. Really, in a way, we started this project because we had very few options for what we could get started with.

Because I did work in the Philippines, I’ve had very good collaborations there ever since. So we have been able to continue this research in my lab at the University of Utah, working with our collaborators in the Philippines. Through that partnership, we’ve been able to learn more about the biology of the snails, which would have been very difficult if we just went in, collected specimens to get their venom and then did our analysis. But because we do have a collaborating lab in the Philippines, we can keep the snails alive, we can watch what they do. And that has turned out to be an increasingly important aspect of our research.

The snails use venoms to interact with their prey, to defend against predators and for competitive interactions — and the venoms are very complex. Typically, there are 100 to 200 different components in one venom, each one chemically different from the other. And each species has its own complement of bioactive peptides. We try to understand what each component does, why it’s useful to the snail. We have to separate out all the venom components, and then we prioritize which seem to be the most interesting. For each one, we try to determine its mechanism — what it does to the fish that the snails prey on — and then identify the molecular target in the fish. Once we’ve done that, we can then ask whether that has any biomedical applications in human pathological conditions.

AA: I’ve read that you’ve also been involved in outreach for elementary school students. Can you tell us a bit about that?

BO: Yes, we had college students to go into elementary school classes, second and third grade, and help the primary school kids do experiments. I applied to the Howard Hughes Medical Institute to support this outreach, and I got a grant from them. So we developed a module to provide experimental science experiences for the primary school students. We tried that in schools here in Salt Lake City first, and then we extended it to schools in the Philippines as well. Now we’re trying now to incorporate them into the high school and elementary school science curricula in the Philippines.

I consider myself very lucky. I didn’t make choices that were conventionally considered wise at the time. But ... the things that didn’t seem so wise at the time turned out to be okay.

AA: What’s something that you know now that you wish you had known at the beginning of your career?

BO: That’s hard, because I consider myself very lucky. I didn’t make choices that were conventionally considered wise at the time. When I was going back to the Philippines, everyone was saying “Why are you doing that? You’re ruining your scientific career.” But that turned out to be very good for my scientific career because I started working with cone shells. So I really have no major regrets, I must say. The things that didn’t seem so wise at the time turned out to be okay.

AA: I guess as a scientist, even if you had an idea that didn’t pan out, it’s still extremely useful because you learn from those failures.

BO: Yes. Early in my career we had certain results that, retrospectively, turned out to be extremely important. But we didn’t realize quite what it meant at the time. I think that’s the way it goes. You do the best you can, and sometimes there are results that you just don’t understand. And then many years later, it becomes clear why you were getting those results.

AA: What do you think is the biggest challenge that young scientists face today? What advice would you give them?

BO: I think it’s much more challenging for young scientists today, and I think the reason is that it’s so difficult to get started in an academic career if that’s what you want to do. First of all, there’s a lot more competition for jobs. And then once you get the job, there’s incredible competition for getting grants to support your research. I think you have to be aware of it, and you really have to be persistent. Persistence and determination are so important today.

Baldomero Olivera, Ph.D., is a Distinguished Professor of Biology at the University of Utah, a Howard Hughes Medical Institute Professor and an adjunct professor at the University of the Philippines Marine Science Institute. He is a member of the American Philosophical Society, the U.S. National Academy of Science and the Institute of Medicine.  His awards include the Outstanding Alumni Award of Caltech, the Redi Award from the International Society for Toxinology and the Harvard Foundation Scientist of the Year 2007 Award.

Aileen Ariosa, Ph.D., is a postdoctoral research fellow in the lab of Daniel Klionsky, Ph.D. at the University of Michigan Life Sciences, where she studies the molecular mechanism of autophagy regulation in yeast.