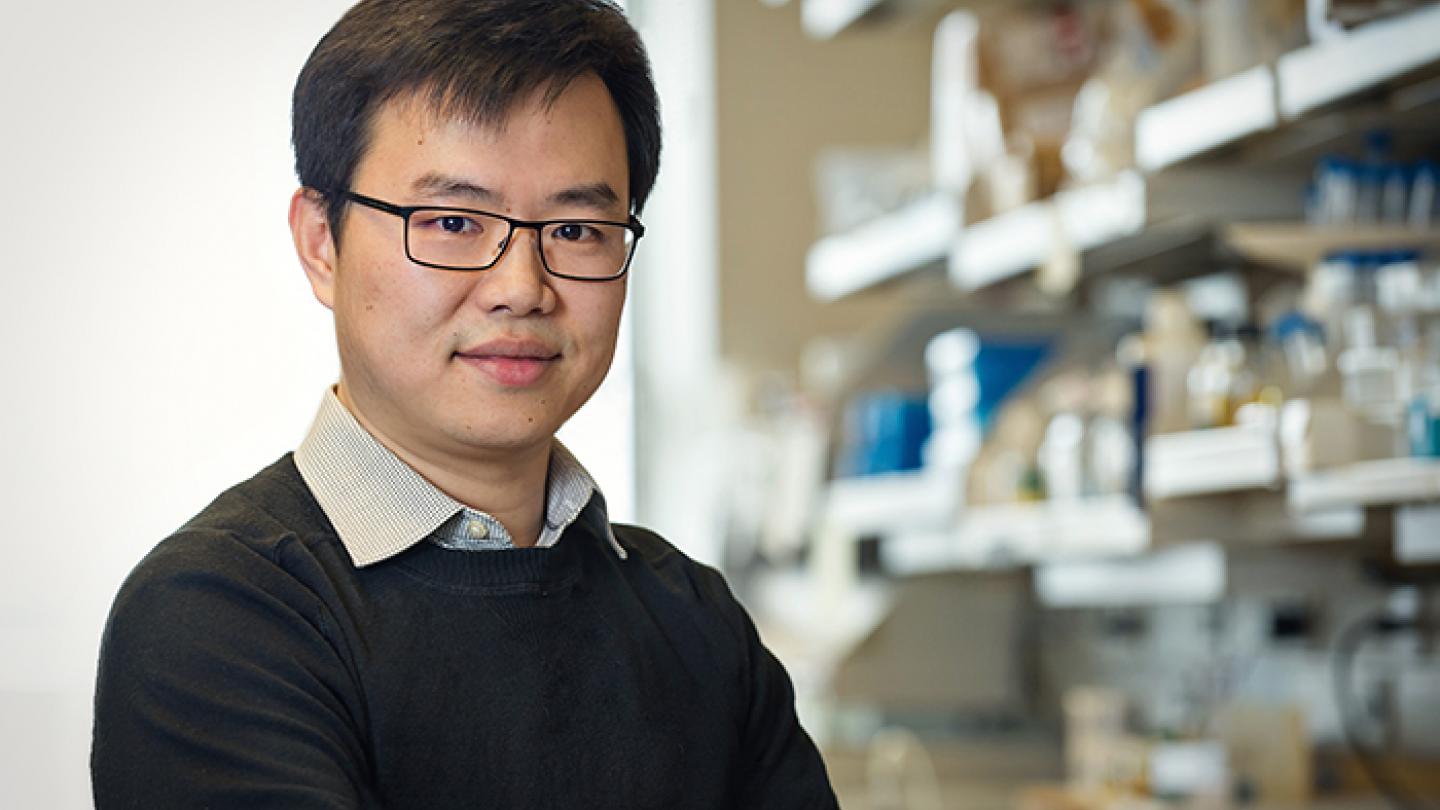 The University of Michigan Life Science Institute’s newest faculty member is studying how the brain controls breathing and sighing — and how these same circuits might be recruited to help fight conditions such as sleep apnea and sudden infant death syndrome (SIDS).

Molecular neuroscientist Peng Li, Ph.D., has joined the U-M faculty as a research assistant professor at the LSI and an assistant professor in the Department of Biologic and Materials Sciences at the School of Dentistry. His arrival marks the LSI’s first dual-appointment with the dental school.

“We’re very excited to welcome Dr. Li aboard — not only because I foresee great synergy between his expertise and the research being conducted at the LSI, but also because his joint recruitment with School of Dentistry represents a wonderful opportunity to form new connections within U-M’s bioscience research community,” says LSI Director Roger Cone, Ph.D.

At the LSI, Li’s research program will examine the precise molecular pathways that underlie the brain’s rhythmic control of breathing.

“I view breathing as a unique activity at the intersection between physiology, related to maintaining the body homeostasis, and neuroscience, related to how our brain controls motor output,” Li says.

“Our breathing pattern changes in response to certain emotions, and even to behaviors like eating and talking, and we don’t have to think about it” he continues. “It is an example that shows how we can get into the brain through a quantifiable motor output, and then trace that output to understand how the brain is wired to control a behavior through multiple layers and pathways.”

By defining and examining these pathways, Li hopes to identify potentially druggable targets, which could lead to novel interventions for treating breathing arrhythmias.

Li comes to U-M from a postdoctoral research fellowship at the Stanford University School of Medicine and the Howard Hughes Medical Institute, where he specialized in defining how the various cells that control the brain’s breathing center differ from one another. Key findings from his postdoctoral research were described in The Washington Post and Huffington Post.

He now plans to expand his approach to even broader aspects of the neuronal control of breathing — building on the expertise, resources and mentoring available at the LSI.

“The science being conducted at the LSI is really diverse and interdisciplinary,” he says. “Here, experts from different fields can talk to each other and really work together to see the bigger picture, to answer the bigger questions.”

Li’s move to Michigan is a double win for the university, as he is accompanied by his wife, biotechnologist and RNA biologist Xiaoming (Mindy) Wang, Ph.D. She has accepted a position as a research investigator in the lab of Arul Chinnaiyan, M.D., Ph.D., at the U-M Medical School.

Peng Li's lab at the University of Michigan Life Sciences Institute studies cellular and molecular control of breathing, its importance for human health and its role in disease — such as in sleep apnea and sudden infant death syndrome.