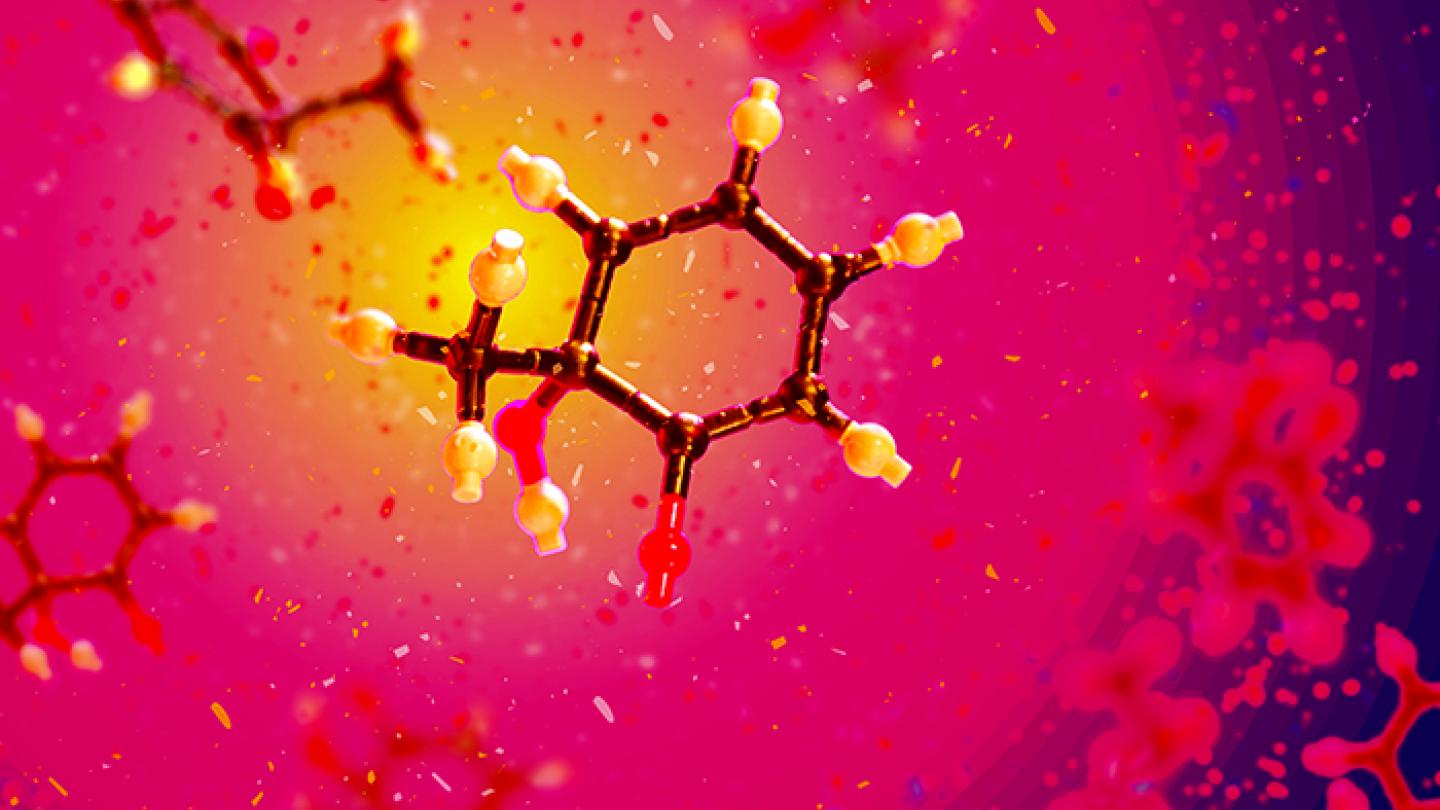 Biocatalysts are a bridge to greener, more powerful chemistry

New research from the University of Michigan Life Sciences Institute is building a bridge from nature’s chemistry to greener, more efficient synthetic chemistry.

Researchers in the lab of Alison Narayan, Ph.D., analyzed biocatalysts evolved by nature for their utility in a variety of synthetic chemical reactions. The results, published in Nature Chemistry on November 13, open the door to promising practices for chemists, pointing to not only more efficient but more powerful tools for chemists.

The researchers start with microorganisms that have, over the millennia, developed complex chemical reactions to create molecules with important biological activity for various purposes, such as defense mechanisms. The scientists then analyze the chemical pathways that give rise to these potentially useful molecules to determine how they can be repurposed to create compounds synthetically in the lab.

“Nature has evolved catalytic tools that would enable chemists to build molecules that we can’t easily build just using traditional chemistry,” says Narayan, the senior study author and assistant professor at the LSI, where her lab is located. “Our work bridges the two worlds of biosynthesis and synthetic chemistry.”

Because they require the use of a chemical reagent to convert the starting material into the desired end product, the reactions themselves are fairly wasteful. In addition, the reagents demonstrate poor selectivity in the transformation, resulting in a mixture of compounds that contains several unnecessary, and sometimes harmful, variants of the desired product molecule.

“It’s not a very efficient process,” says Narayan, who is also an assistant professor of chemistry in the U-M College of Literature, Science, and the Arts. “You can end up with various structures when you really want only this one specific structure — and you generate a lot of waste in the process.”

In this recent study, the Narayan lab demonstrated that enzyme catalysts have the potential to solve these issues.

Enzymes are efficient catalysts, generating many product molecules from a single molecule of the catalyst, leading to less waste. And Narayan’s lab found that the catalysts perform the reactions with improved selectivity — meaning that the reactions produce only the desired molecular structure.

These enzymes have not yet been widely adopted by chemists because their overall utility and robustness for chemistry have not been demonstrated, Narayan says.

“The work being done in the field of biosynthesis primarily focuses on understanding how molecules are made in nature and identifying the single reaction an enzyme does in its natural context,” Narayan explains. “We have to figure out how an enzyme is useful in the field of synthetic chemistry — what can it do, what types of molecules it works with — so that chemists can just go to the literature and see how they can use this tool.”

Narayan’s research program begins to close the gap between these two fields by testing enzymes not just for their natural roles, but for the roles they could play in a variety of reactions. The lab also has developed methods to make these enzymes easy to handle in bulk and share with other chemists.

“We’re showing that these enzymes can do more than the one specific task they evolved to do in nature,” says graduate student Summer Baker Dockrey, the lead study author. “They can be surprisingly generalizable and could prove to be highly selective tools.”

The lab is now working on engineering these enzymes to perform more reactions. “We are really starting to build the library of new, efficient, powerful tools for chemists,” Narayan says.

The research was supported by funds from the LSI, the U-M Department of Chemistry, the National Institutes of Health and the U.S. Department of Education.

Authors on the paper are Summer A. Baker Dockrey, April L. Lukowski, Mark R. Becker and Alison R.H. Narayan, all of U-M.