Symposium: Technologies that are rewriting the future of the life sciences 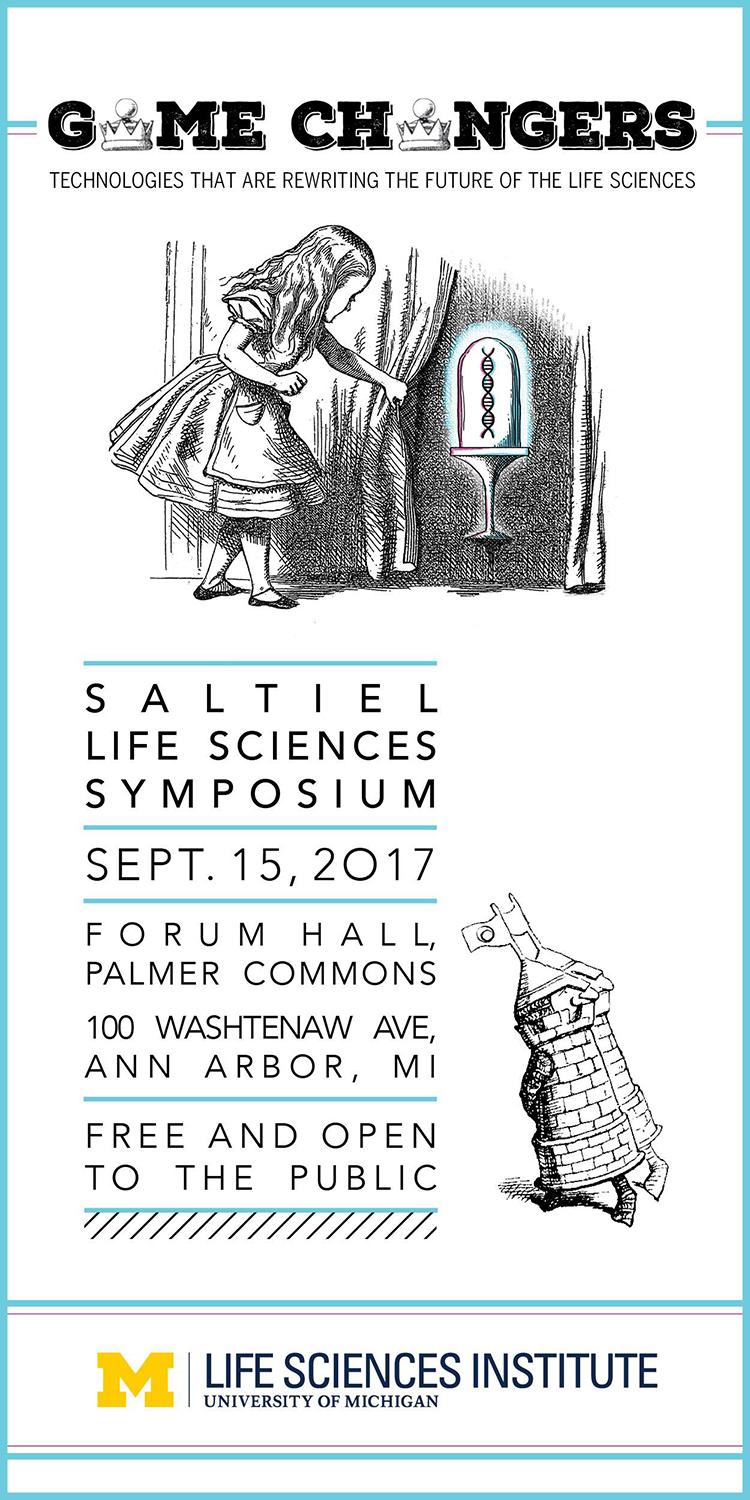 Technological advancements and innovations are reshaping the life sciences at a breathtaking pace. Each day brings new headlines about the possibilities of gene editing, viewing living systems at ever finer resolutions and targeting the tiny biological miscues underlying many human diseases.

This year the University of Michigan Life Sciences Institute’s annual symposium explores the galloping pace of discovery, bringing to campus five pioneers and innovators in different areas of bioscience technology and research. The title of this year’s symposium is “Game Changers: Technologies that are rewriting the future of the life sciences.”

“While the University of Michigan’s bicentennial year has been a time of reflection on accomplishments and progress, it is also an opportunity to look toward the future and what the coming decades may hold in store,” says LSI Director Roger D. Cone, Ph.D., who in May was also appointed vice provost and director of the U-M biosciences initiative.

In 2002, while construction of the institute was still underway, the LSI held its first symposium. The event continues to represent the LSI’s most important values: excellence in science, investment in high-impact research, and especially the synergy that happens when top scientists from a range of fields meet and share their work around a common theme.

In 2016, the annual LSI symposium was named the Saltiel Life Sciences Symposium thanks to an endowment made possible by the generous support of the LSI's faculty, Leadership Council, Scientific Advisory Board and friends. The name recognizes the leadership and scientific contributions made by former LSI Director Alan R. Saltiel during his 13-year tenure.