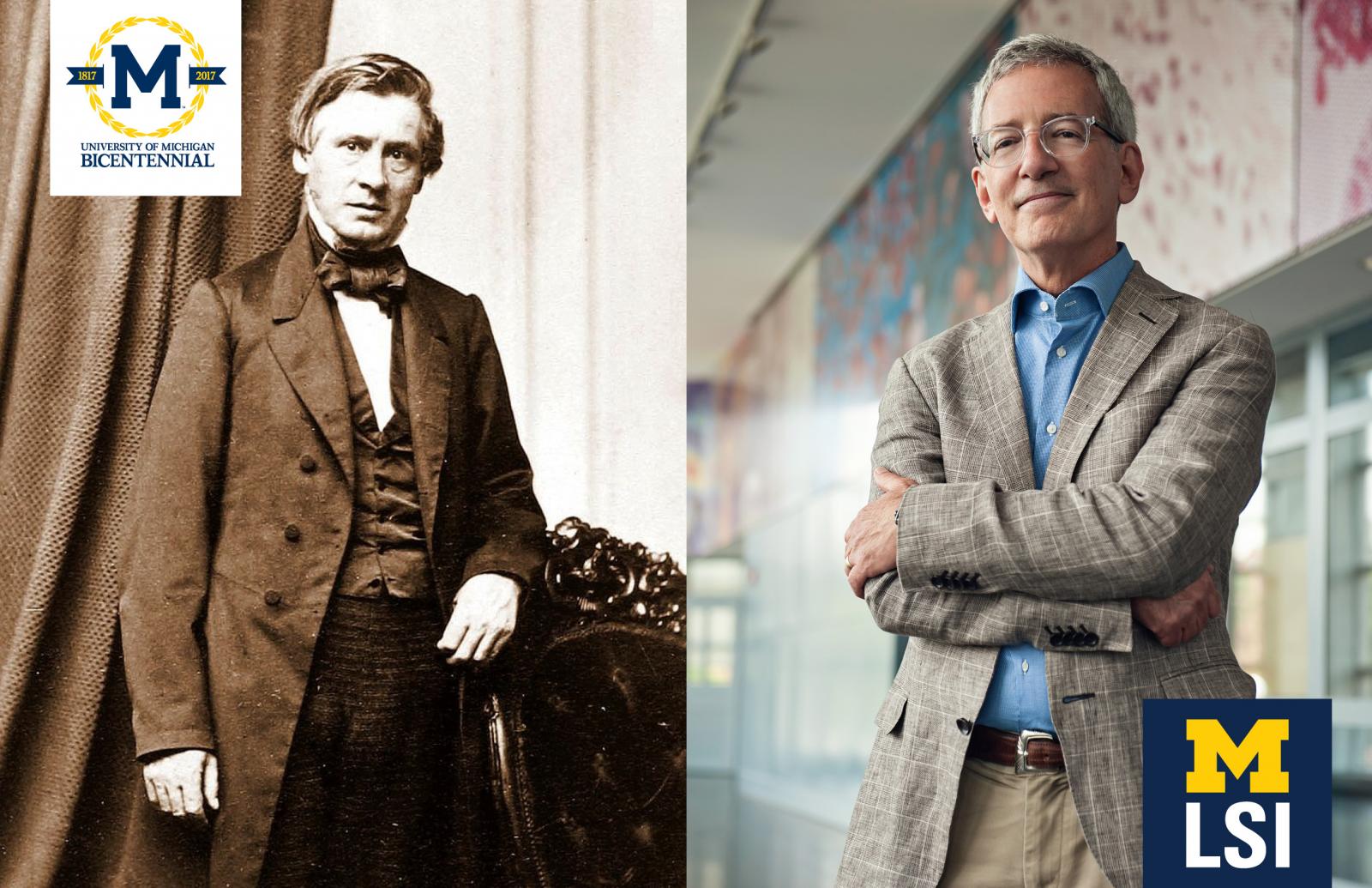 On July 17, 1838, botanist Asa Gray became the first paid professor of the University of Michigan. Yesterday, nearly 180 years later, the U-M Board of Regents named Life Sciences Institute Director Roger D. Cone, Ph.D., the Asa Gray Collegiate Professor in the Department of Molecular and Integrative Physiology at the Medical School.

“I requested my collegiate professorship be named after Prof. Gray because I was impressed by his pioneering spirit,” says Cone, who was appointed to lead the LSI last year. “Gray was a pioneer of American botany, a founding member of the National Academy of Science, a pioneering faculty member at U-M and a great explorer of the American West. I’ve actually climbed Grays Peak in my home state of Colorado, which is named after him.”

Among his other achievements, Gray is also known for traveling around and collecting roughly 3,700 books that became the foundation of the university library.

Meanwhile, Cone is known for his discovery of some of the key receptors and neural circuits in the brain that regulate energy stores, and his laboratory at the LSI continues to study the role of these receptors and circuits in obesity, wasting disease (cachexia) and anorexia.