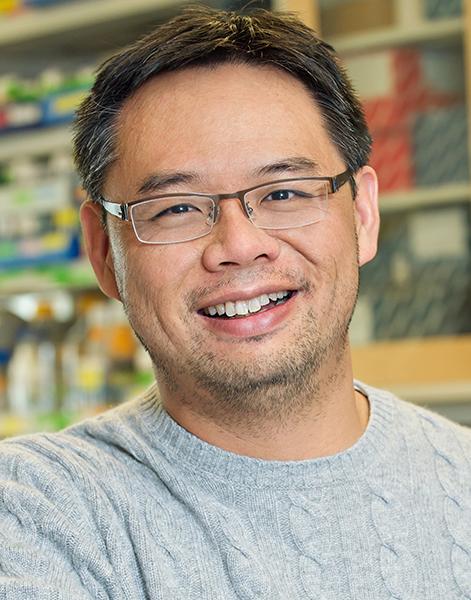 University of Michigan researchers have illuminated steps of the molecular mechanism that increases the overall output of cells during normal brain development. The findings may provide a new strategy for halting the unchecked expansion of cancer stem cells in the brain.

Researchers in the Lee lab used fruit fly brain cells cultured in the laboratory to show that an evolutionarily conserved enzyme called Trithorax has an important role in maintaining the ability of neural stem cells to repeatedly generate intermediate progenitor cells by keeping regions of chromatin — a macromolecule made of DNA and proteins called histones — in an active state. These active regions contain key genes that can be manipulated to control Trithorax activity and in turn control the production of intermediate progenitor cells.

“Trithorax in Drosophila is closely related to similar enzymes in humans, and our findings suggest that the Trithorax pathway is a potential target for certain brain tumors,” said Hideyuki Komori, a research investigator in the Lee lab and first author on the paper.

Next, the researchers plan to investigate more into this stem cell pathway to seek a strategy for controlling cell growth and division seen in metastatic brain cancers.

Cheng-Yu Lee is a research professor at the U-M Life Sciences Institute, where his laboratory is located and his research is conducted. He is an assistant professor in the Division of Molecular Medicine and Genetics at the U-M Medical School’s Department of Internal Medicine, and a faculty mentor in the Cellular and Molecular Biology graduate program.

Other authors of the paper were Qi Xiao and Derek H. Janssens at the Life Sciences Institute, and Yali Dou, an associate professor of the U-M Department of Pathology.

Support for the research was provided by the National Institutes of Health and a fellowship from the Japan Society for the Promotion of Science.

Cheng-Yu Lee's lab at the University of Michigan Life Sciences Institute studies the mechanisms of neural stem cell self-renewal and differentiation, which have implications for neurodegenerative diseases and cancer.