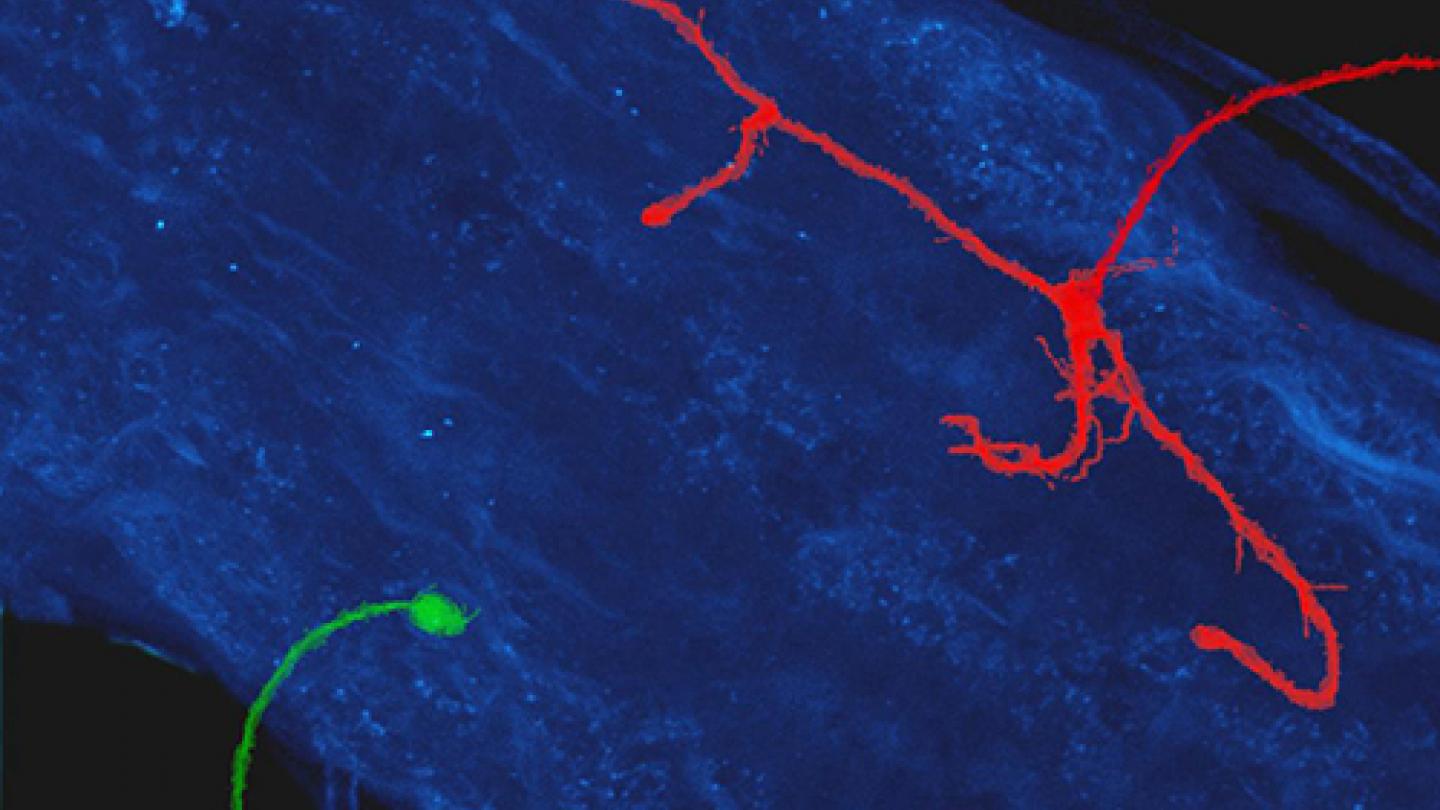 Targeting an aspect of Down syndrome

ANN ARBOR—University of Michigan researchers have determined how a gene that is known to be defective in Down syndrome is regulated and how its dysregulation may lead to neurological defects, providing insights into potential therapeutic approaches to an aspect of the syndrome.

Normally, nerve cells called neurons undergo an intense period of extending and branching of neuronal protrusions around the time of birth. During this period, the neurons produce the proteins of the gene called Down syndrome cell-adhesion molecule, or Dscam, at high levels. After this phase, the growth and the levels of protein taper off.

However, in the brains of patients with Down syndrome, epilepsy and several other neurological disorders, the amount of Dscam remains high. The impact of the elevated Dscam amount on how neurons develop is unknown.

Bing Ye, a faculty member at U-M's Life Sciences Institute, found that in the fruit fly Drosophila, the amount of Dscam proteins in a neuron determines the size to which a neuron extends its protrusions before it forms connections with other nerve cells. An overproduction of Dscam proteins leads to abnormally large neuronal protrusions.

Many genes are involved in neurological disorders like Down syndrome, and how molecular defects cause the disease is complex.

"But because of the important roles of Dscam in the development of neurons, its related defect is very likely to be an aspect of Down syndrome and it may be an aspect of the syndrome that can be treated," said Ye, an assistant professor in the Department of Cell and Developmental Biology at the U-M Medical School.

Ye's next step is to test the effects of overexpression of Dscam in mice to see how it changes the development of the nervous system and the behavior of the animal.

Down syndrome occurs in about one in 830 newborns; an estimated 250,000 people in the U.S. have the condition, according to the National Library of Medicine's Genetics Home Reference.

Ye's study is scheduled to be published online June 5 in Neuron.

Other authors were Jung Hwan Kim, Xin Wang and Rosemary Coolon of the Life Sciences Institute and the Department of Cell and Developmental Biology.

The research was supported by the National Institutes of Health, Whitehall Foundation and Pew Scholars Program in the Biological Sciences.