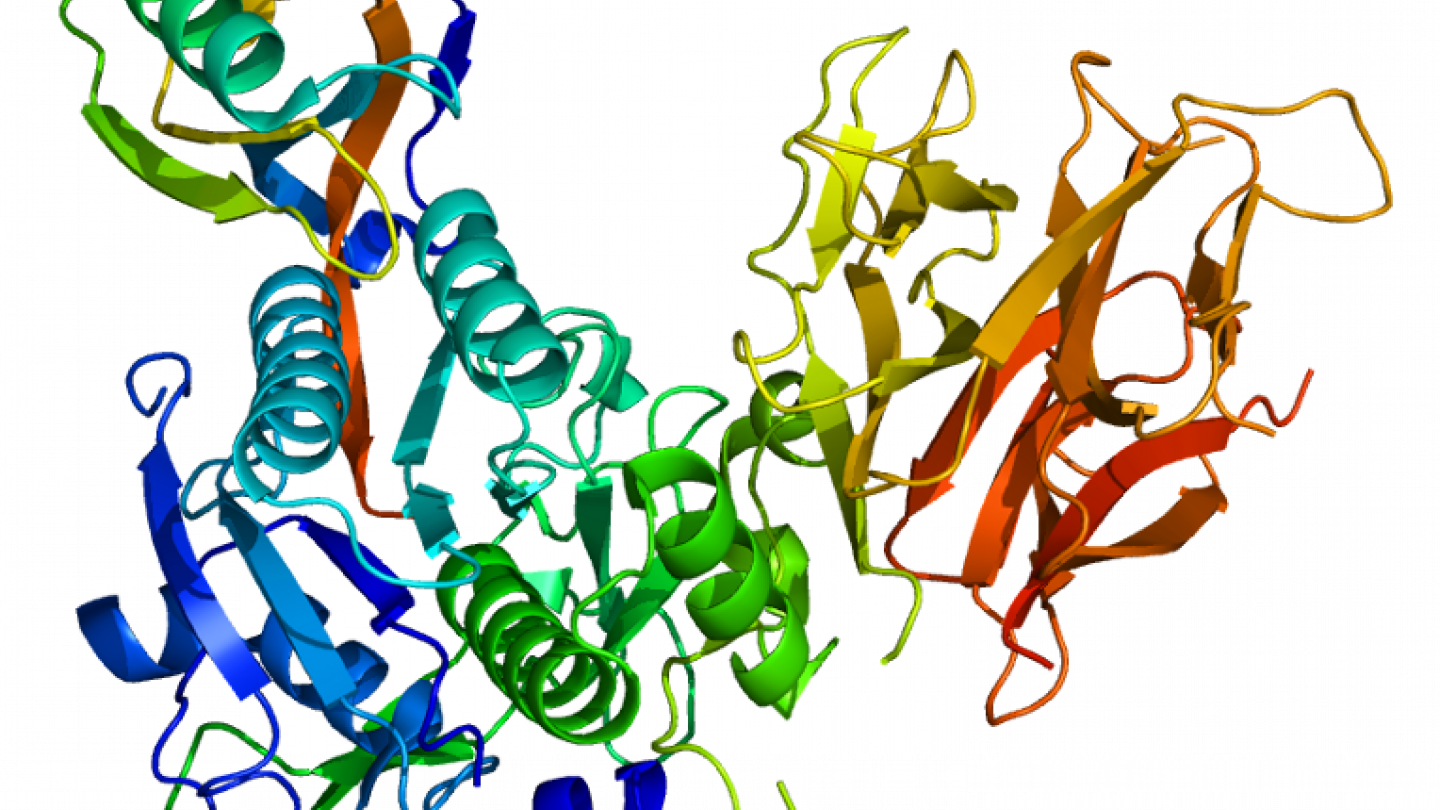 Researchers at the University of Michigan have identified a new potential therapeutic target for lowering cholesterol that could be an alternative or complementary therapy to statins.

Scientists in the lab of David Ginsburg at the Life Sciences Institute inhibited the action of a gene responsible for transporting a protein that interferes with the ability of the liver to remove cholesterol from the blood in mice. Trapping the destructive protein where it couldn’t harm receptors responsible for removing cholesterol preserved the liver cells’ capacity to clear plasma cholesterol from the blood, but did not appear to otherwise affect the health of the mice.

In the research, published April 9 in the online journal eLife, scientists found that mice with an inactive SEC24A gene could develop normally, but their plasma cholesterol levels were reduced by 45 percent because vesicles from liver cells were not able to recruit and transport a critical regulator of blood cholesterol levels called proprotein convertase subtilisin/kexin type 9, or PCSK9. PCSK9 destroys the liver cells’ receptors of low-density lipoprotein– LDL, the so-called “bad cholesterol” – and prevents the cells from removing the LDL.

“Inhibiting SEC24A may be an alternative to statins, and could work together with statins to produce even great effects,” said Xiao-Wei Chen of the Ginsburg lab, the first author on the paper. “Also, they might be effective on patients who are resistant to or intolerant of statins.”

Initial studies of anti-PCSK9 therapies in humans have shown that eliminating PCSK9 can lower cholesterol dramatically and work with statins like Lipitor to lower it even further. The Ginsburg lab’s research points to a new area for study: rather than inhibiting PCSK9 itself, perhaps future therapies could block the transport mechanism that allows the destructive protein to reach the LDL receptors.

“We have no reason at this point to expect that this strategy will be any better than anti-PCSK9 therapy for treating high cholesterol, but it would be another alternative approach, and it's hard to predict which drugs will work the best and be the safest until we actually try them out in people,” Ginsburg said.

David Ginsburg is a research professor at the Life Sciences Institute, where his laboratory is located and all his research is conducted. He is also the James V. Neel Distinguished University Professor and the Warner-Lambert/Parke-Davis Professor in the Division of Molecular Medicine & Genetics, Department of Internal Medicine and Departments of Human Genetics and Pediatrics at the University of Michigan Medical School and a Howard Hughes Medical Institute investigator.

Funding for the research was providing by the Howard Hughes Medical Institute, the National Institutes of Health and the American Heart Association.