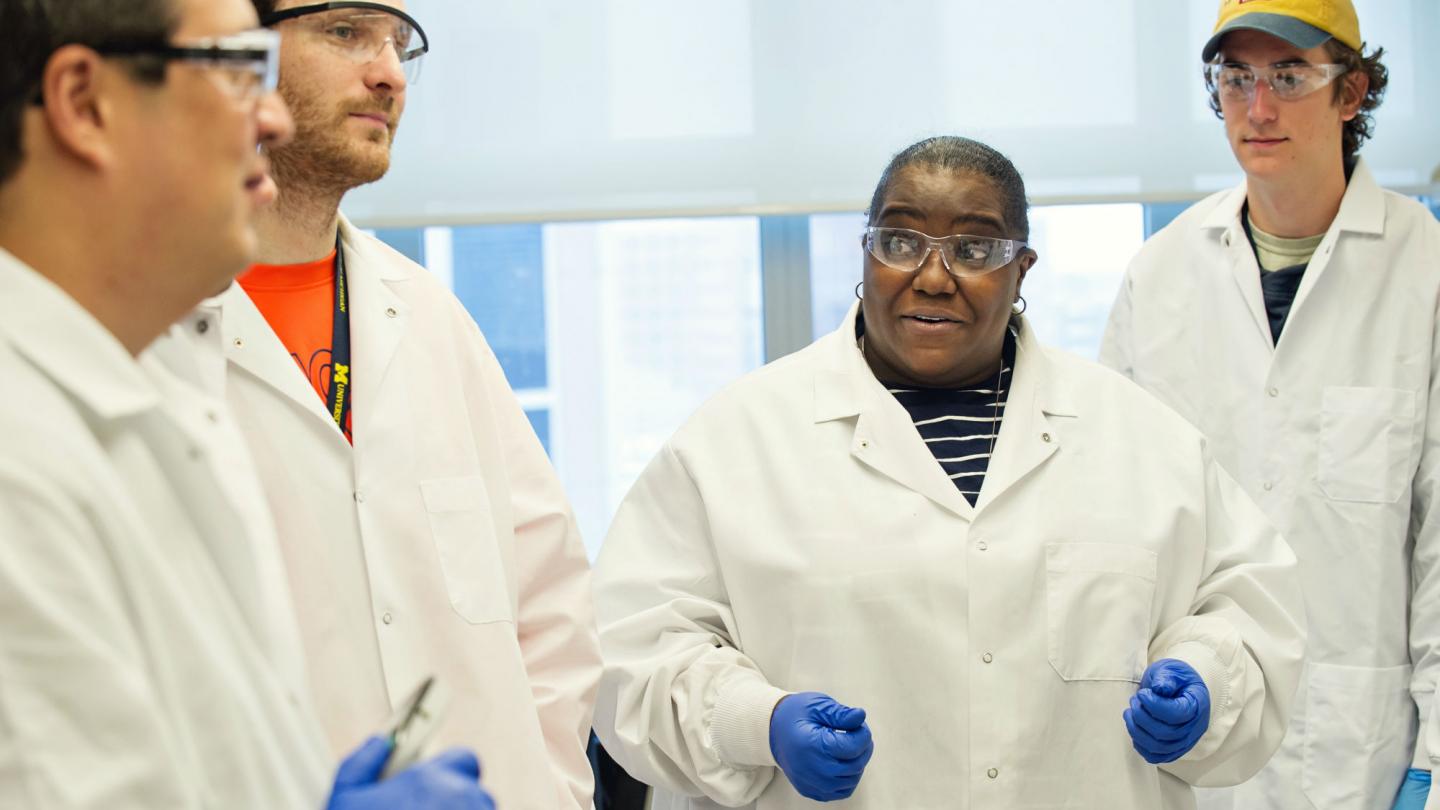 On a recent Tuesday at the University of Michigan, a group of researchers gathered in a conference room on the sixth floor of the Life Sciences Institute. They were there to discuss new findings related to obesity and metabolic disorders. Polish donuts and homemade Chinese dumplings on the table marked the celebration of Mardi Gras and the upcoming Chinese New Year holiday.

The assembled researchers included electrophysiologists, molecular physiologists, pharmacologists and structural biologists — originally hailing from Australia, Barbados, China, Turkey, Venezuela and the United States. They ranged from graduate students to a leading expert in the field of metabolism and the director of the LSI.

This international gathering of scientists is also known as the weekly Cone lab meeting.

Roger Cone, Ph.D., is not only the director of the LSI but also a distinguished researcher with an active and diverse research program. His lab employs a variety of systems, techniques and scientific disciplines to address a central scientific question: How does the brain regulate body weight? 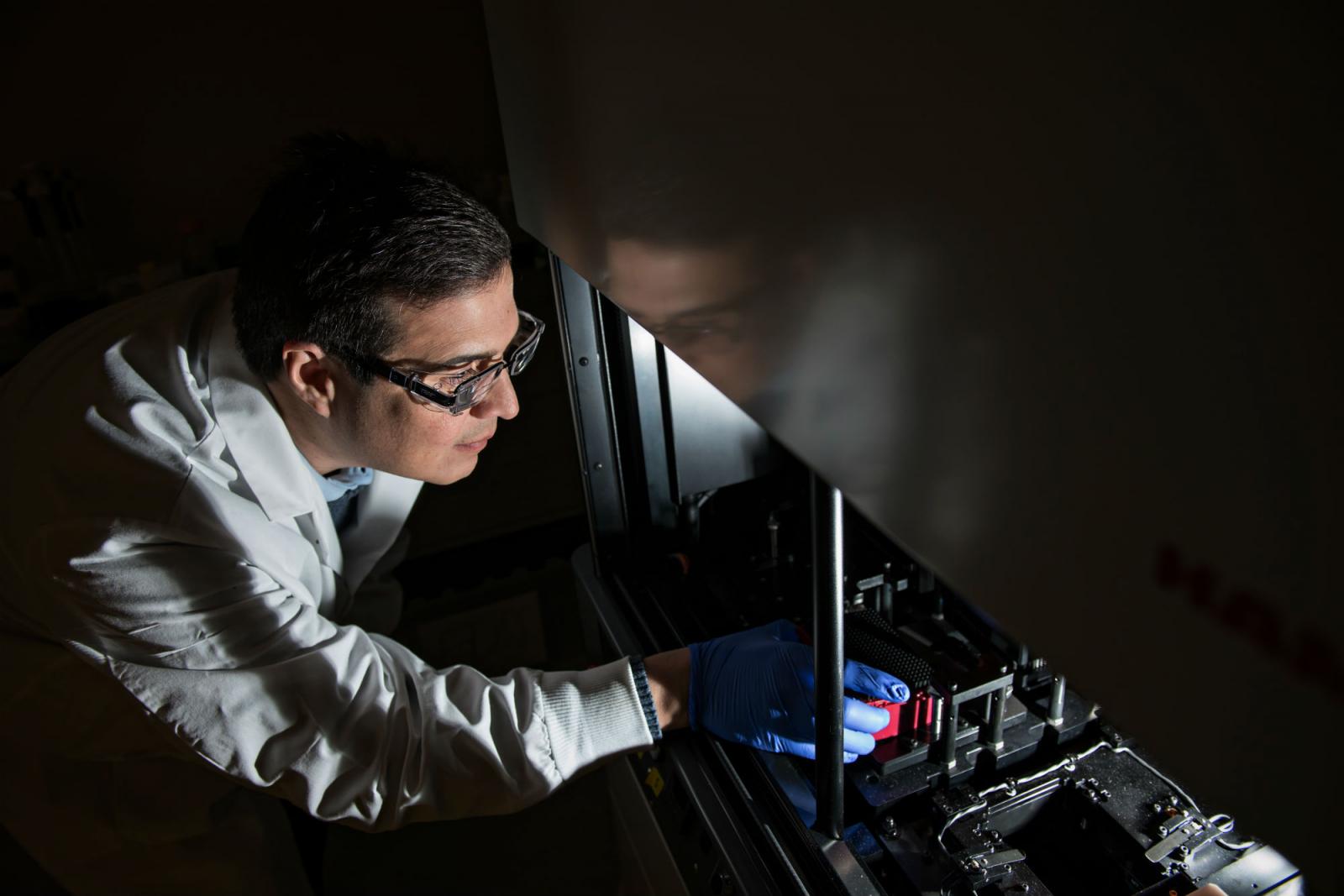 The various areas of expertise and scientific career stages represented in Cone’s lab are an outgrowth of his overall approach to scientific inquiry.

Postdoctoral researcher Luís Diaz Gimenez, Ph.D., for example, is using his pharmacology background to conduct a high-throughput drug screen at a receptor protein that, until fairly recently, did not seem to play a crucial role in metabolism.

Several years ago, the Cone group identified two proteins in the brain that regulate and affect energy homeostasis — the balance of energy intake from food consumption with energy expenditure. Mutations in one, the melanocortin 4 (or MC4) receptor, are the most common cause of syndromic obesity in humans. The Cone group determined how the MC4 receptor works and how mutations in the protein cause disease. Pharmaceutical companies are now conducting clinical trials with drugs that treat early-onset morbid obesity resulting from mutations in the MC4 receptor.

“In contrast, we had a much more difficult time understanding how the MC3 receptor worked,” Cone recalls. But thanks to recent discoveries in his lab, Cone says the group is now “making major progress on that story.”

To explain why the MC3 receptor was more difficult to understand, Cone relates it to how a thermostat on the wall maintains the appropriate temperature in a room. In this analogy, temperature, or the heat energy in the room, is equivalent to the long-term energy bodies store as fat.

The main device inside the thermostat that sets the temperature is the MC4 receptor. When that receptor is defective, the results are immediately noticeable. The MC3 receptor, in contrast, normally has no effect on the function of the thermostat. It only acts to signal major perturbations, like throwing open a window in the middle of winter. Thus, its effects are subtler.

As long as the temperature is fairly steady, there is less need for a signal to tell the thermostat to adjust its efforts. Likewise, as long as an animal’s metabolism is not stressed in some way that requires more or less energy, deleting the MC3 receptor causes little effect in weight gain or loss.

“That’s why, when we originally knocked out the MC3 receptor, we didn’t see much of a physiological response,” Cone explains.

But while a room may need one constant temperature, the amount of energy that a body needs to store and use is constantly changing. A body’s energy needs change markedly during pregnancy, for example, and then again during nursing.

So the lab began looking at mice during pregnancy, and when they were over- or underfed. And that’s when they saw the effects of the MC3 receptor. Without the MC3 receptor to tell the brain when to change the energy balance setting, the mice were unable to exhibit the normal increase in food intake and energy storage typically associated with pregnancy.

This role in telling the body when to increase energy consumption makes the MC3 receptor an interesting potential therapeutic target. A drug that could block the protein’s activity, for example, might be able to blunt the normal hunger pangs experienced by people who are trying to control obesity by eating less and exercising more.

Diaz Gimenez is now conducting a high-throughput screen, analyzing tens of thousands of molecules to find those that may be able to block the MC3 receptor. During previous screens, almost all of the “hits,” or potentially effective molecules, he discovered were so-called natural products — drug-like compounds naturally produced by bacteria, fungi and other microorganisms, often as defense mechanisms.

Those results made the lab’s move to the LSI in 2016, when Cone became the institute’s director, “a very exciting research proposition,” Diaz Gimenez says.

Diaz Gimenez is now working with the most promising hits from the drug screen to see if he can isolate a specific compound to target the MC3 receptor. If he finds an effective compound, the Cone lab will be able to begin testing in animal model systems, a critical next step in the drug-discovery process. 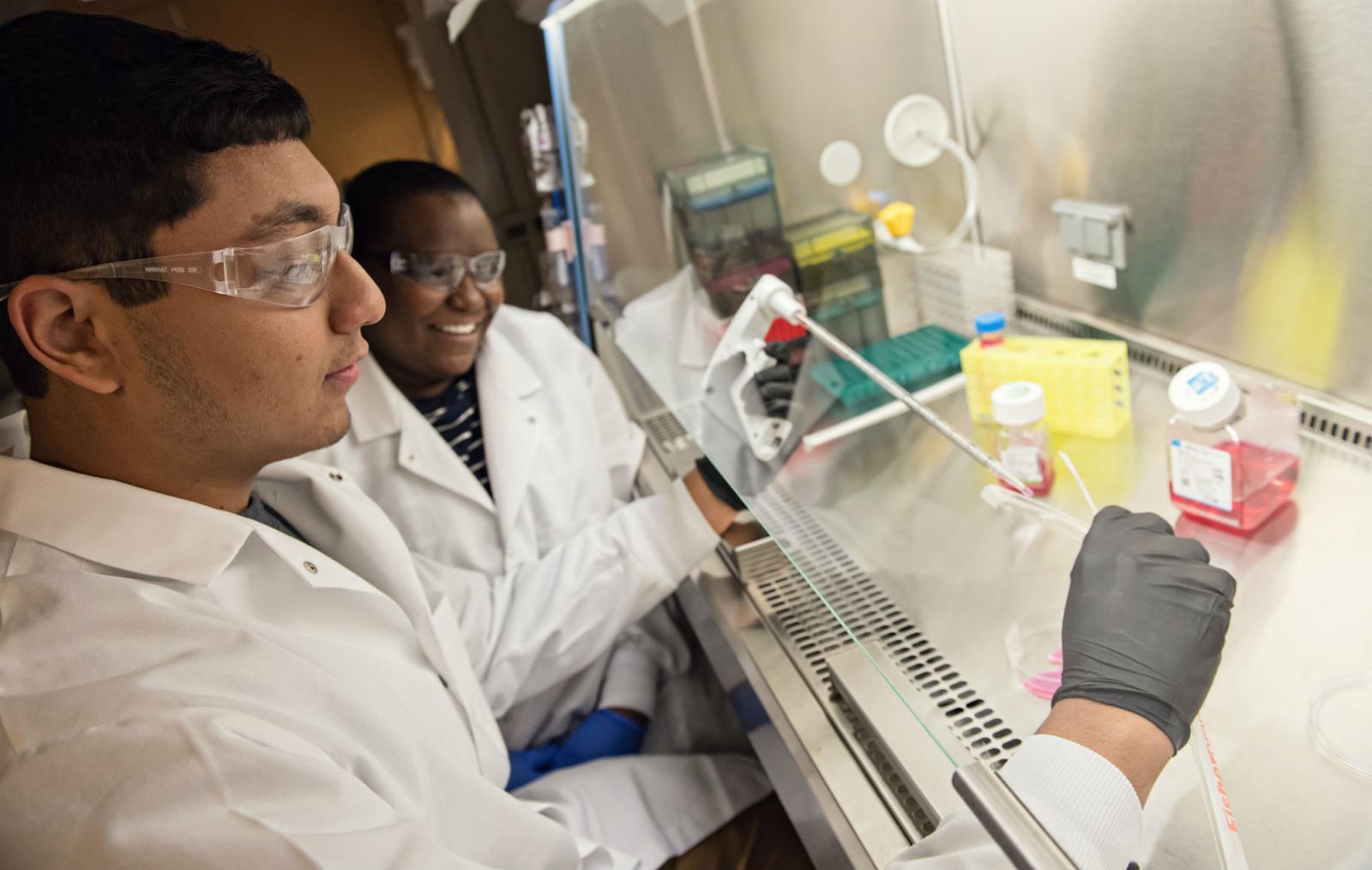 Shivang Shaw working under the mentorship of Savannah Williams

The big research questions are not reserved only for the senior-level scientists in Cone’s lab. While clinical trials are underway to see if MC4 receptor can be recruited to help fight syndromic obesity, an undergraduate student in the Cone lab, Shivang Shah, is investigating a molecule that would do the opposite: block the receptor to promote weight gain. The project’s goal is to find a potential target for treating cachexia — the extreme weight loss and wasting that often accompanies cancer and other severe chronic illness.

A small molecule called agouti-related protein (AgRP) is a potent appetite stimulator that increases food intake by blocking the activity of the MC4 receptor. A single dose can increase daily food intake for a week, Cone explains, which would be extremely helpful for patients with anorexia nervosa or cancer-related cachexia.

But, by itself, the molecule cannot cross the blood-brain barrier, the protective barrier between circulating blood and the brain. This means that the only way to get AgRP to the MC4 receptor in the brain is by injecting it directly into the fluid in the brain.

Under the mentorship of lab manager Savannah Williams, and with the help of LSI faculty member Jiandie Lin, Ph.D., Shah is reengineering AgRP to find a way to get the molecule across the blood-brain barrier. He identified a protein that is able to cross the blood-brain barrier and has been working to fuse AgRP to that protein in ways that allow it to get into the brain while still remaining effective.

Shah, a junior in the U-M Undergraduate Program in Neuroscience, describes it as a “molecular Trojan Horse.”

Like much of the research in the Cone lab, this project has the potential to draw in several disciplines to solve a scientific and medical problem. If Shah is able to engineer a compound that fuses the two proteins and is effective at the cellular level, lab member Alys Peisley, Ph.D., will use her expertise in structural biology to search for ways to mass-produce that compound. Then the lab could begin testing the compound’s activity in animal model systems.

“That’s the beauty of the science that we do,” Williams says. “We can do proof-of-concept in one model organism that’s really simple, like a cell, and then take that same concept and move it into a more complex model system, like fish or a mouse. And that really puts strength behind the science.”

When you work with people at different stages of their career and from different geographic areas, it gives you an opportunity to think about science a different way.

Thinking about science ‘a different way’

This diverse approach to a scientific problem extends beyond the walls of higher education, bringing high school students into the lab, as well.

Each summer for the last five years, two to three high schoolers from northern New Mexico have joined the Cone lab through the Aspirnaut program, an internship that provides students from under-resourced communities with research experiences in the life sciences. Cone helped expand the program while at Vanderbilt and has now brought it to the LSI.

The students gain valuable lab experience that can help shape their future education and career goals — and the lab gains opportunities to mentor less experienced scientists, as well as new perspectives on its research.

“When you work with people at different stages of their career and from different geographic areas, it gives you an opportunity to think about science a different way,” Cone says.

Cone cites an instance in which the high school students in his lab were able to move a project forward through their connection to their local communities. The lab was studying an infection called hantavirus, which can be fatal and is a problem particularly in the rural Southwest. A collaborator was looking for hantavirus survivors, to study their successful immune response to the infection.

“This investigator had been looking for survivors for about 10 years, unsuccessfully,” Cone recalls. By using social media to network with their communities in northern New Mexico, the high school students found two Hantavirus survivors within a matter of weeks.

“Everybody has their different skills and strengths they bring to the lab,” Cone says. “High school students and undergrads can bring things to a research program that a graduate student or postdoc may not think of.”

Pursuing all lines of inquiry

The value that Cone places on diverse viewpoints and areas of expertise has enabled him to cultivate a flexible, far-reaching research program that attacks its main scientific problem on multiple fronts — from basic research to drug discovery.

Lab members are also researching the MC3 receptor’s role in fertility, using structural biology to better understand proteins that regulate energy homeostasis, and even investigating how modifications to the melanocortin receptors might lead to more efficient fish farming practices.

All of these projects are products Cone’s dedication to investigating the fundamental biological question of how the brain regulates metabolism — to "pursuing all lines of inquiry that allow us to ask and answer important scientific questions,” he explains.

“Working on things about which we know nothing — those are always the projects that get me the most excited,” Cone says. “I like working in areas that are a blank slate, because the opportunities to make big discoveries are clearly there.”

Top Image: Members of the Cone lab discuss their research