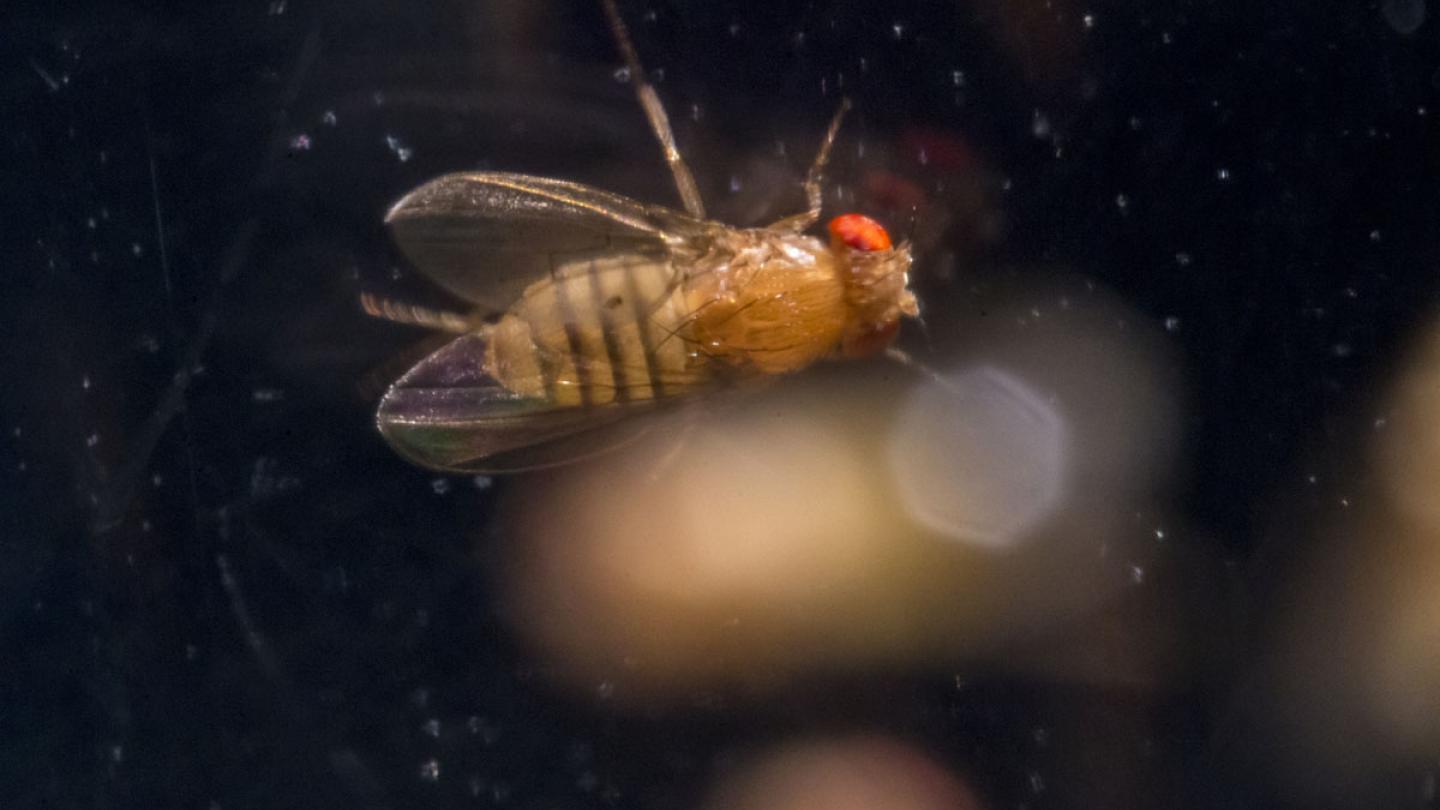 Stem cells that produce sperm use a genetic trick to stay perpetually young across generations, researchers at the University of Michigan Life Sciences Institute have discovered. Certain sections of the fruit fly genome get shorter with age. But remarkably, some reproductive cells can repair the shrinkage, the team reports February 13, 2018 in the journal eLife.

This genomic shrinkage may underlie aspects of aging ─ and hint at ways that select cells might thwart it. Until now, scientists had observed the phenomenon only in yeast. If the results hold true for humans, they could offer insight into how most cells deteriorate over time.

In the study, LSI faculty member Yukiko Yamashita, Ph.D., and her colleagues focused on workhorse genes encoded in ribosomal DNA, or rDNA. These genes carry instructions for the parts that make up ribosomes, cellular machines that turn RNA molecules into every protein needed in the body. 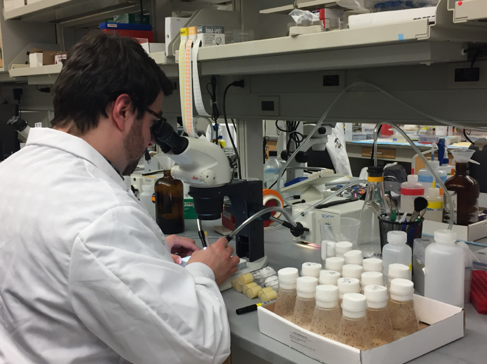 To make enough of these mission-critical machines, cells need loads of rDNA instruction manuals. Most genes are limited to a single genetic location, but rDNA genes are repeated across multiple spots of the genome. In humans, for instance, five chromosomes contain stretches of rDNA genes, with each spot containing hundreds of repeating copies. This genetic repetition allows cells to churn out enough raw material for ribosomes to keep cells humming.

But the redundancy comes with a cost. Cells can slip up when they copy repetitive DNA strands and divide. “The end result is that some copies are lost every cycle,” says Yamashita, who is also a Howard Hughes Medical Institute (HHMI) investigator. “They are popping out of the chromosome.”

That loss has been tied to aging for single-celled yeast. But for multicellular organisms, rDNA’s role in aging has been a mystery. Yamashita and her colleagues examined rDNA genes in stem cells in the testes of fruit flies. These cells, called germline stem cells, can continuously divide, each time creating a copy of themselves and a sperm cell.

What’s more, this dearth of rDNA seems to be passed on from generation to generation. Geriatric fly fathers (those 40 days old) passed on their reduced number of rDNA genes to their sons, Yamashita and colleagues found. These sons had considerably fewer copies of rDNA genes than sons born to younger fathers.

But then the researchers saw something surprising. In many cases, this rDNA loss reversed itself. At about 10 days of age, sons born to old fathers had recovered enough rDNA to be comparable to sons born to young fathers. “This recovery was something we really didn’t expect,” Yamashita says. The results suggest that rDNA rejuvenation in sons might be a crucial aspect of how stem cells persist from father to son. The researchers don’t yet know whether such a reset can also happen to female stem cells in the ovaries.

Though much more work remains, Yamashita suspects that similar resets might be at work in certain kinds of human cells, including stem cells and cancer cells. “Of course, we are not flies,” she says. But if pushed to bet, she’d wager that some types of immortal cells in people can perform the same rejuvenating trick to prevent the rDNA declines that come with age.

These glimpses of perpetual life ─ cells that can refresh themselves as they move down from father to son ─ are what fascinate Yamashita. By finding hints about how certain cells can continually remain young, the project, “touches upon the secret of germ cells’ immortality,” she says.

The research was supported by HHMI and the National Institues of Health. This article was originally published by the Howard Hughes Medical Institute.