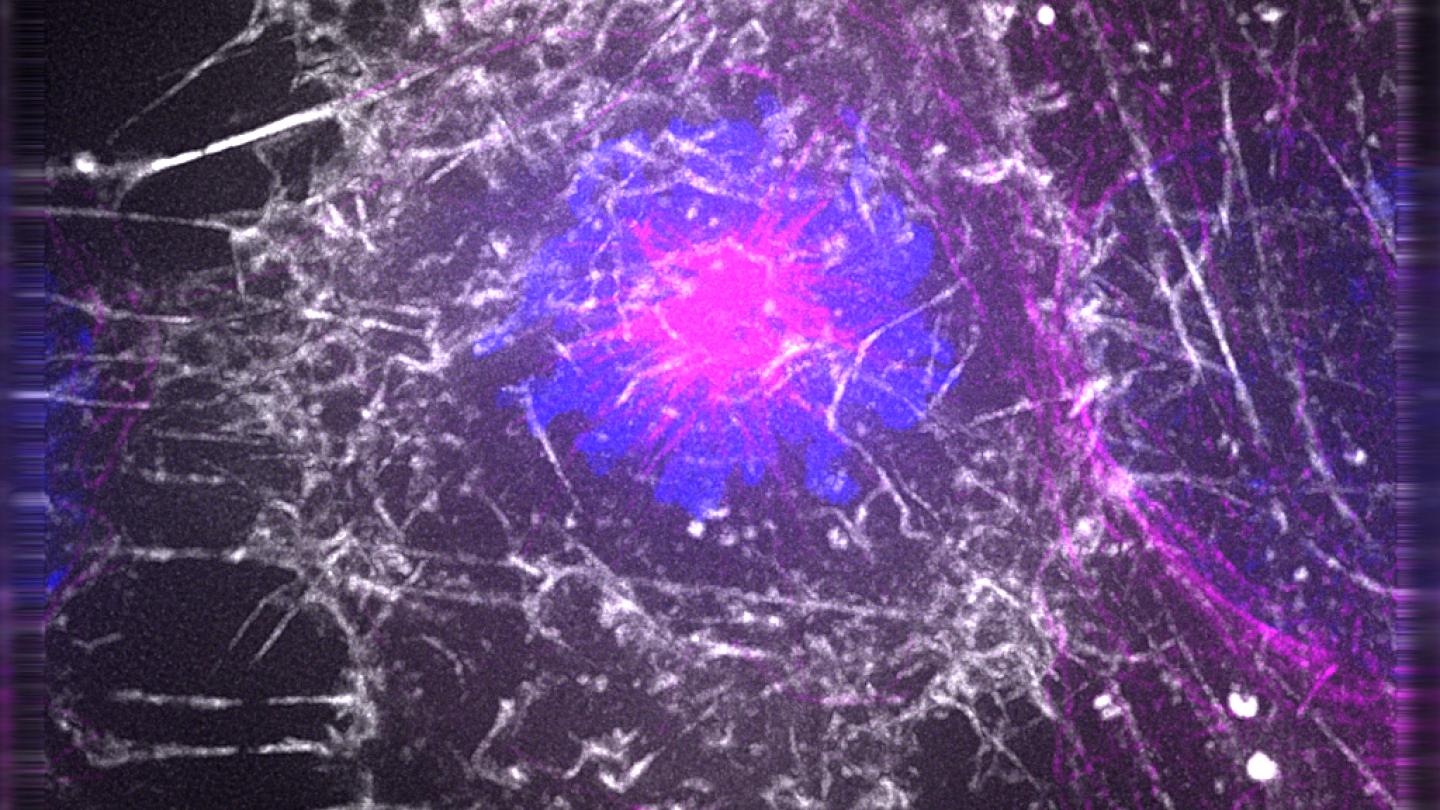 An international team of researchers has discovered how an unlikely protein promotes cell division, even when the cell is treated with drugs to halt the process. The findings, published online September 14 in Current Biology, may have implications for developing more effective chemotherapy drugs.

For a cell to properly divide, tiny hollow rods, or microtubules, within the cell’s cytoplasm must form a structure called a spindle. A central actor in this process is the protein machine kinesin-5, or Eg5.

Shaped like a barbell, with a pair of motor heads on each end, Eg5 grabs onto two microtubules. The two motor heads then “walk” along the two tracks, ultimately forming the spindle structure and preparing the cell to divide.

Because of its crucial role in cell division, researchers previously believed that targeting Eg5 through chemotherapy could deter cell division in cancer.

“When we apply chemical compounds that blocked the activity of Eg5 in tissue-culture cells, we, and others, observe massive cell death,” explains Ryoma Ohi, Ph.D., one of the study’s lead authors and an associate professor in the Department of Cell & Developmental Biology at the University of Michigan Medical School.

In clinical studies, however, cancer cells override this response to the Eg5 inhibitors and continue dividing — which normally wouldn’t happen without Eg5’s help.

“That raised a lot of questions about what was allowing these cells to continue dividing,” says Ohi, who is also an affiliate faculty member at the U-M Life Sciences Institute, where his lab is located. 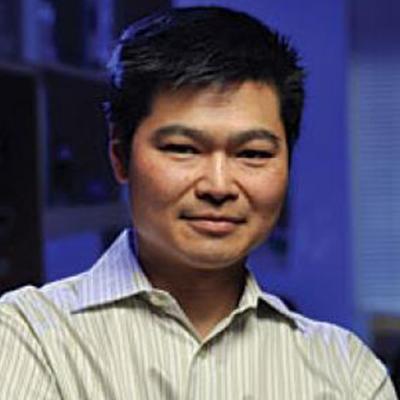 In a previous study, the researchers revealed that another protein machine — kinesin family member 15 (Kif15), which does not usually play an essential role in spindle assembly — was taking over Eg5’s role when the protein was removed. Exactly how Kif15, which differs substantially from Eg5 in both form and function, completes this task remained unclear.

This newest study offers insight into how the protein machine functions to rescue spindle assembly in the absence of Eg5 — a critical step in determining how to block the machine and halt cell division in cancerous cells.

“This question of exactly how Kif15 is moving the microtubules is extremely important,” Ohi says. “If we want to drug Kif15, we’d better understand its mechanisms.”

The researchers found that, despite having only one pair of motor heads, Kif15 also can use a non-motor microtubule binding element to anchor one microtubule, and then uses its motor head to grab onto and walk along the second microtubule.

Ohi believes that the new findings will aid in developing treatments that inhibit both Eg5 and Kif15, which may be more effective in the clinic.

“The long-term goal of all of this is to determine whether inhibitors of Eg5 are failing because cells can acquire resistance — and, if we have a drug that also targets Kif15, can we now make that approach to chemotherapy much better,” Ohi says.

These new findings move the research one step closer to that goal.

The research was supported by the National Science Foundation, the National Institutes of Health and the Singapore-MIT Alliance for Research and Technology.