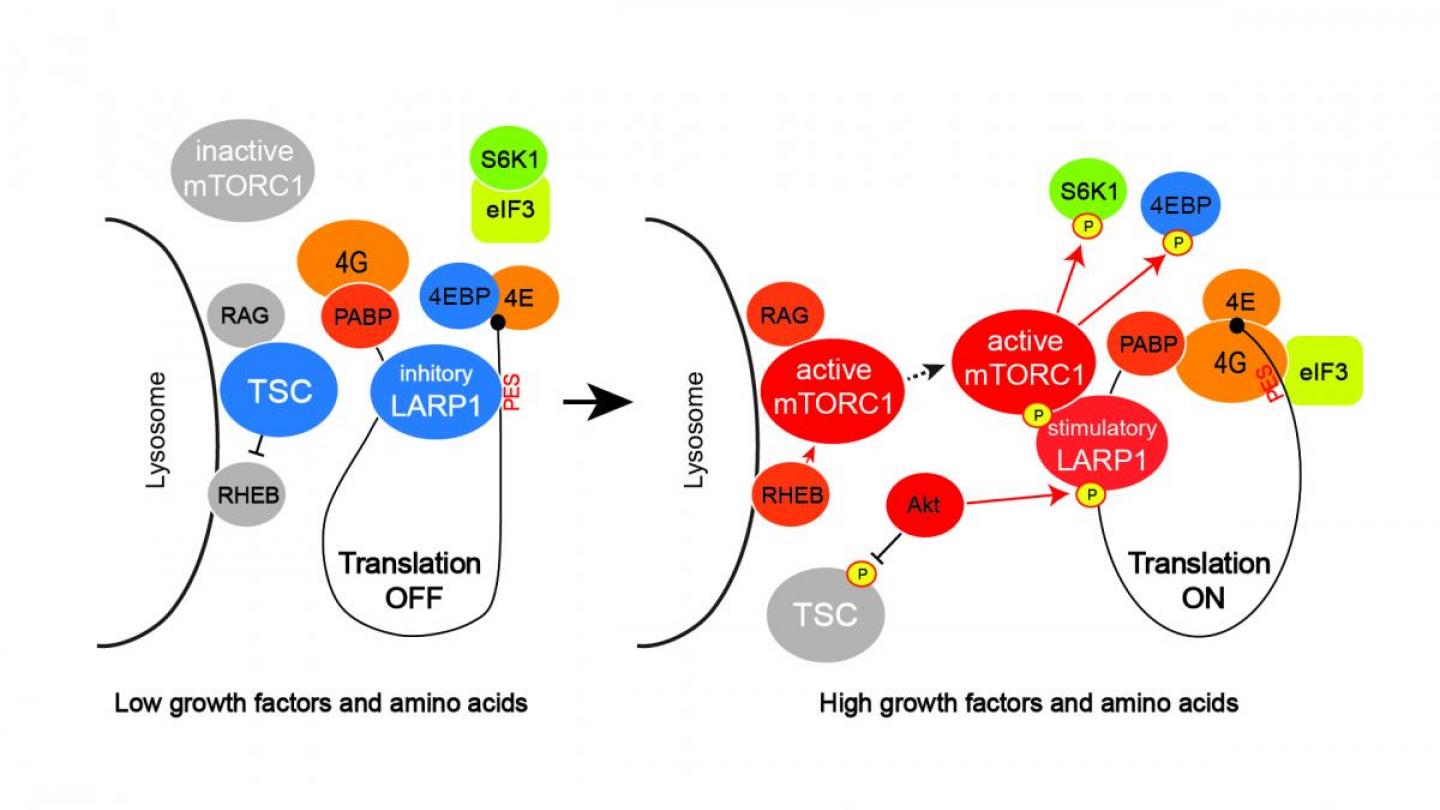 Oh, it's a switch 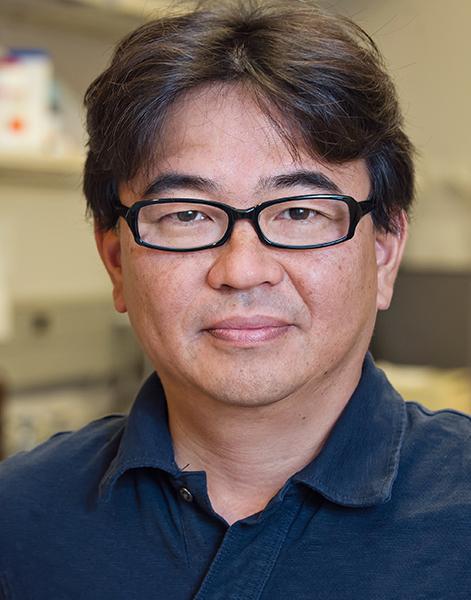 The protein complex mTORC1 senses nutrients and growth factors within a cell, and responds by helping to promote cell growth and proliferation.

Dysregulation of its pathway is found in human health areas where cell growth and proliferation become problematic — such as in cancer and diabetes.

A long-term collaboration between the lab of University of Michigan Life Sciences faculty member Ken Inoki, M.D., Ph.D., and former faculty member John Kim, Ph.D. (now at Johns Hopkins University), reveals the critical role played by the RNA binding protein LARP1 for mTORC1-mediated translation of an important class of mRNAs, including those that encode ribosome proteins.

The findings were published June 26 in eLife.

“Our study demonstrated that it does both and functions as a molecular switch,” says Inoki, who is also an associate professor of molecular and integrative physiology and of internal medicine at the U-M Medical School. “In one conformation it serves as an activator, and in another as a suppressor of mRNA translation.”

The researchers also found, interestingly, that LARP1 is a direct substrate of mTORC1, as well as a regulator of its activity.

“Ribosome biogenesis is key for cancer cell proliferation,” Inoki adds. “And LARP1 expression is enhanced in many cancer cells. So it appears there may be therapeutic potential in inhibiting LARP1.”

LARP1 functions as a molecular switch for mTORC1-mediated translation of an essential class of mRNAs, eLife. DOI: 10.7554/eLife.25237

Ken Inoki's lab at the University of Michigan Life Sciences Institute investigates the function and regulation of the mTOR signaling pathway to better understand its role in diabetes, aging and cancer.