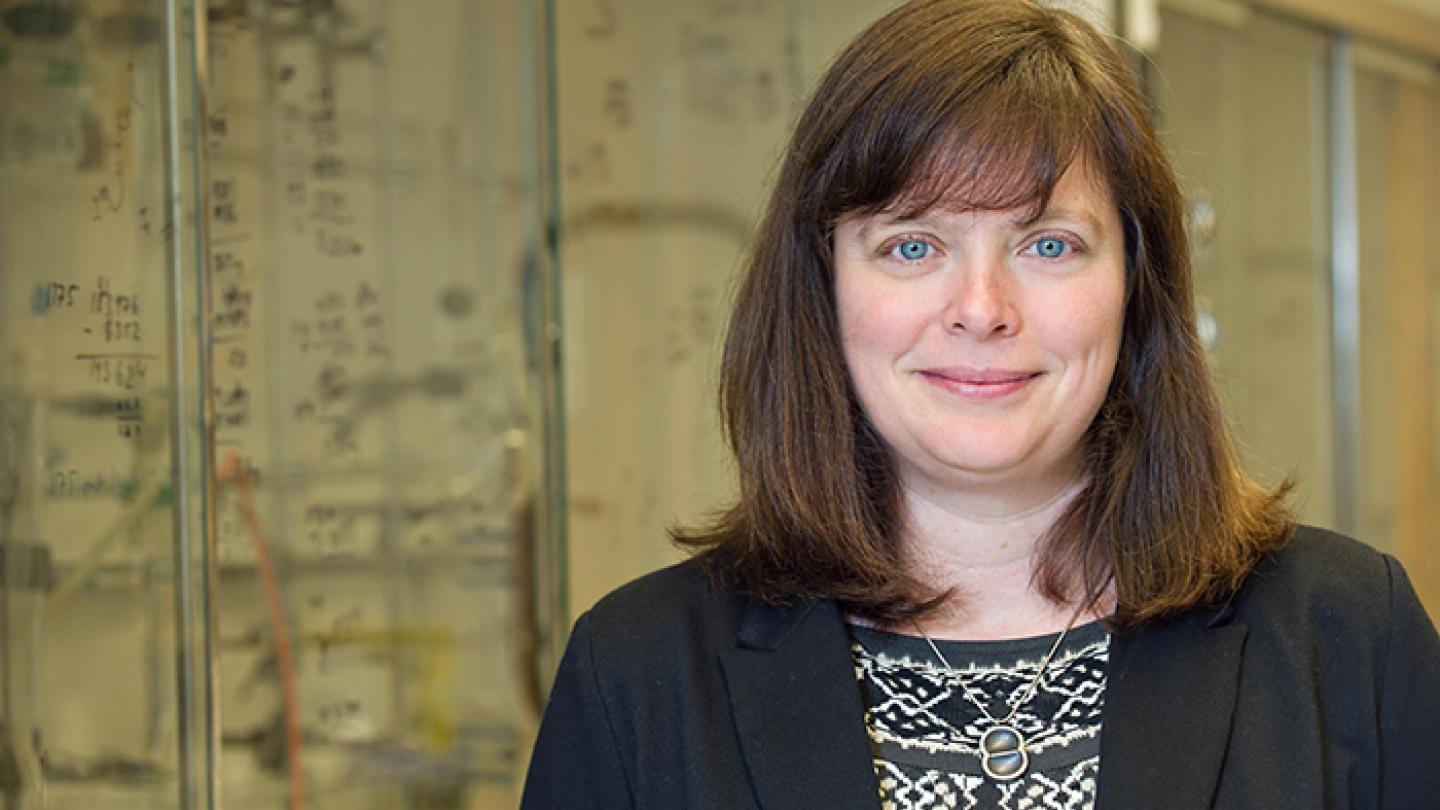 There’s a transcription factor known as NF-kappaB, which is part of a cellular signaling pathway that goes awry in many diseases from autoimmune disorders to cancer.

“NF-kappaB is an important one,” says Anna Mapp, Ph.D., a faculty member at the University of Michigan Life Sciences Institute. “It’s master transcription factor that controls many different cellular decisions.”

For a long time, scientists have been looking for ways to selectively block the dysregulated signaling associated with harmful effects, without compromising other biologically important functions that share some of the same biological machinery.

Mapp’s former student, Paul Bruno, who received his Ph.D. in chemistry in 2015, led an effort to do just that. Their findings were published October 28 in Angewandte Chemie, a leading general chemistry journal.

The researchers developed a method they dubbed Synthetic Loop Replacement. It uses chemistry techniques to make a small alteration in the structure of a protein complex in the pathway known as IKK — a critical regulator of NF-kappaB signaling — to prevent it from binding to a protein called NEMO.

Doing so inhibited the part of the signaling pathway associated with disease, without disrupting IKKs ability to participate in other important types of signaling.

“The power of targeting these protein-protein interactions comes from this ability to zero in on these very selective contexts,” says Mapp, also a professor of chemistry in the College of Literature, Science, and the Arts and director of the U-M Program in Chemical Biology.

“The technique we developed changes a single chemical bond — preventing a little loop that sticks out from the protein from binding properly to other proteins,” she continues. “One recent study found more than 1,400 protein-protein interactions that involve similar loop structures. These would be ideal candidates for this strategy, with potential applications in health areas including autoimmune diseases, anticoagulants, antivenom and metabolic therapies.”

This research was supported by the National Institutes of Health.