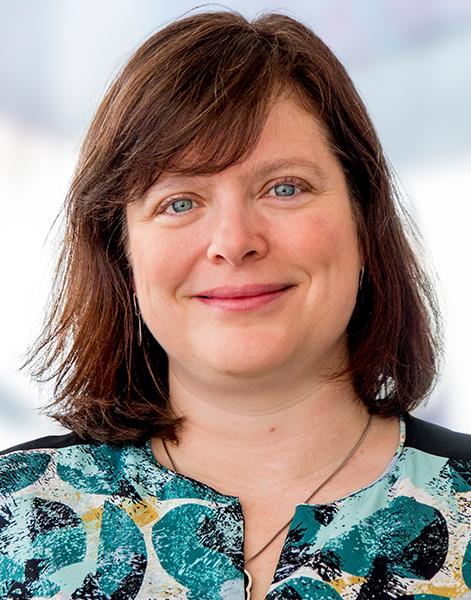 Researchers at the University of Michigan Life Sciences Institute are breaking new ground in scientists’ quest to develop drugs that can target DNA transcription, which is dysregulated in a variety of diseases from cancer to diabetes.

Until very recently, transcription factors were largely classified as “undruggable,” but advances in technology — along with years of pioneering effort by research scientists, including ongoing work at the LSI — are fueling progress in this area.

In a recent paper in the Journal of the American Chemical Society, researchers in the lab of Anna Mapp, Ph.D., used a technique known as covalent chemical capture to pry open the black box that shrouds the assembly of the molecular machinery that drives transcription.

“It’s like switching on the lights in a darkened ballroom to see precisely who is dancing with whom,” says Mapp, who is also a professor of chemistry in the College of Literature, Science and the Arts, and director of U-M’s Program in Chemical Biology. “The assembly process for this transcriptional machinery is dynamic and, unlike a car, which only needs to be built once, this process happens every time DNA needs to be accessed in response to changing conditions and stresses.”

Their findings identified how two important transcriptional activator proteins interact with the Snf1/AMPK kinase complex — which plays a significant role in maintaining cellular health, and which also functions as a tumor suppressor and regulator of energy response.

“Our study reveals the critical role of these protein-protein interactions in the recruitment and positioning of important enzyme complexes at a gene promoter, which are regions of DNA that initiate transcription to express that particular gene,” Mapp says. “It also demonstrates a technical advancement in the ability to identify the binding targets of these transcriptional activators.”

Mapp is a chemist who applies the techniques and tools of modern chemistry to solving thorny biological problems that have resisted conventional approaches — an emerging discipline known as chemical biology.

“This was definitely a challenging project,” says Mapp. “We started working on this around 2007, and all of the students in my lab who were co-authors on the study have graduated. The questions themselves go all the way back to when I was just getting started an assistant professor and the technology to answer them didn’t yet exist.”

While the individual components of transcription are known, scientists have had a hard time figuring how they interact with each other. To return to the ballroom metaphor, that’s because the pairings are so brief and transitory, and sometimes it takes more than two to tango, Mapp notes.

It was also important to freeze these protein-protein interactions in a living cell, so that the researchers could identify binding partners in an unbiased and systematic way.

Doing the experiments under natural conditions in yeast is far more difficult than in a test tube — but doing so eliminates the false positives created by the activators’ willingness to partner indiscriminately under artificial conditions, or, as the article puts it, “the often promiscuous in vitro binding profile of transcriptional activators.”

The covalent chemical capture technique involves inserting a designer amino acid into the cell that causes binding partners to lock together when exposed to ultraviolet light — preventing them from going their separate ways as they usually would. The samples were analyzed using a mass spectrometry technique known as MudPIT (multi-dimensional protein identification technology) by collaborators at the Scripps Research Institute.

“Traditionally, when scientists think about drugging an important protein complex, they might target the enzyme that’s driving the biochemical action,” says Mapp. “But if you block the enzyme, you block everything the complex does — which can disrupt other essential biological functions. Targeting a protein-protein interaction can be much more context-specific and selective.”