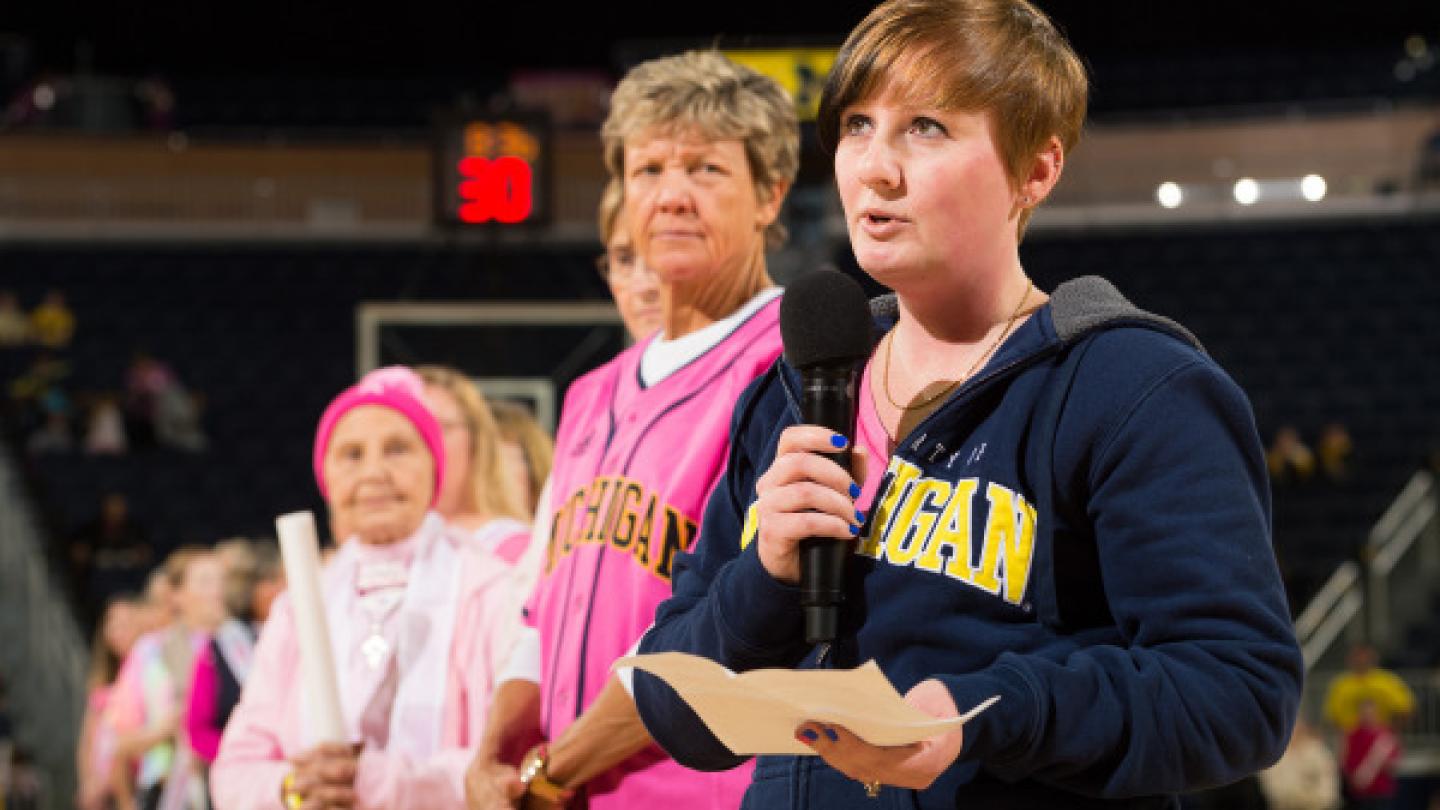 ANN ARBOR—Most cancer drugs today work by attacking tumor growth. Researchers at the University of Michigan Life Sciences Institute, however, are taking aim at a different piece of the cancer puzzle—preventing its ability to spread to new parts of the body, known as metastasis, which is the cause of most cancer deaths.

Scientists in the lab of LSI faculty member John Tesmer focused on an enzyme known as P-Rex1, which has been strongly linked to cancer progression and metastasis in breast, prostate and skin cancer—making it an attractive target for new drugs.

Tumor cells in certain types of cancer produce high levels of P-Rex1, including more than 50 percent of breast cancers. And it’s the activation of P-Rex1 by two other molecules that allows the cancer cells to become mobile and spread.

“P-Rex is like a machine that requires two keys to turn on,” said lead study author Jennifer Cash, a postdoctoral fellow in the Tesmer lab. “A new drug could come in the form of a key that could fit into one of the locks and block it from being turned on. But to develop that new drug, first you have to have a detailed understanding of what that lock looks like and how it functions.”

The researchers used a technique known as X-ray crystallography to reveal P-Rex1’s three-dimensional structure and functional characteristics. Their findings, which were published April 14 in the journal Structure, focused on the binding site for one of the keys, a signaling lipid called PIP3.

“P-Rex1 has been an attractive drug target for some time,” said Tesmer, a research professor at the LSI and a professor of pharmacology and biological chemistry at the U-M Medical School. “But development of these drugs has been hindered by a lack of understanding of its structure and regulatory mechanisms. Our data have confirmed the location of the binding site, which will greatly assist with the identification or design of small molecules that target this mechanism of activation.”

Another reason P-Rex1 is an attractive target is that mice that have been genetically altered to lack the enzyme are generally healthy and suffered few adverse effects, the researchers noted.

While the type of laboratory research that Cash and her collaborators tackle is quite specialized and technical—replete with terms like “pleckstrin homology domain” and “allosteric activation mechanism”—she said it’s easy for her to look beyond the intricate details of the science and to keep the big picture in mind.

“My life has been touched by breast cancer,” said Cash. “I’ve had multiple family members who have lost the fight against breast cancer, and my sister was just recently diagnosed with breast cancer. The most common gene mutation in hereditary breast cancer runs in my husband’s family, and I have two little girls at home. So for me—like for so many families—it’s very personal.”

In January, Cash had the opportunity to explain a little bit about her research to a crowd at Crisler Center during the U-M Women’s Basketball annual “Pink Game,” which aims to raise awareness about breast cancer survivorship and research.

The next step in the research is to begin screening for drug-like molecules able to bind to P-Rex1 at the PIP3 binding site, preventing the enzyme’s activation.

The research was supported by the National Institutes of Health, American Cancer Society and American Heart Association.

Research assistant Ellen Davis was also a coauthor on the paper.