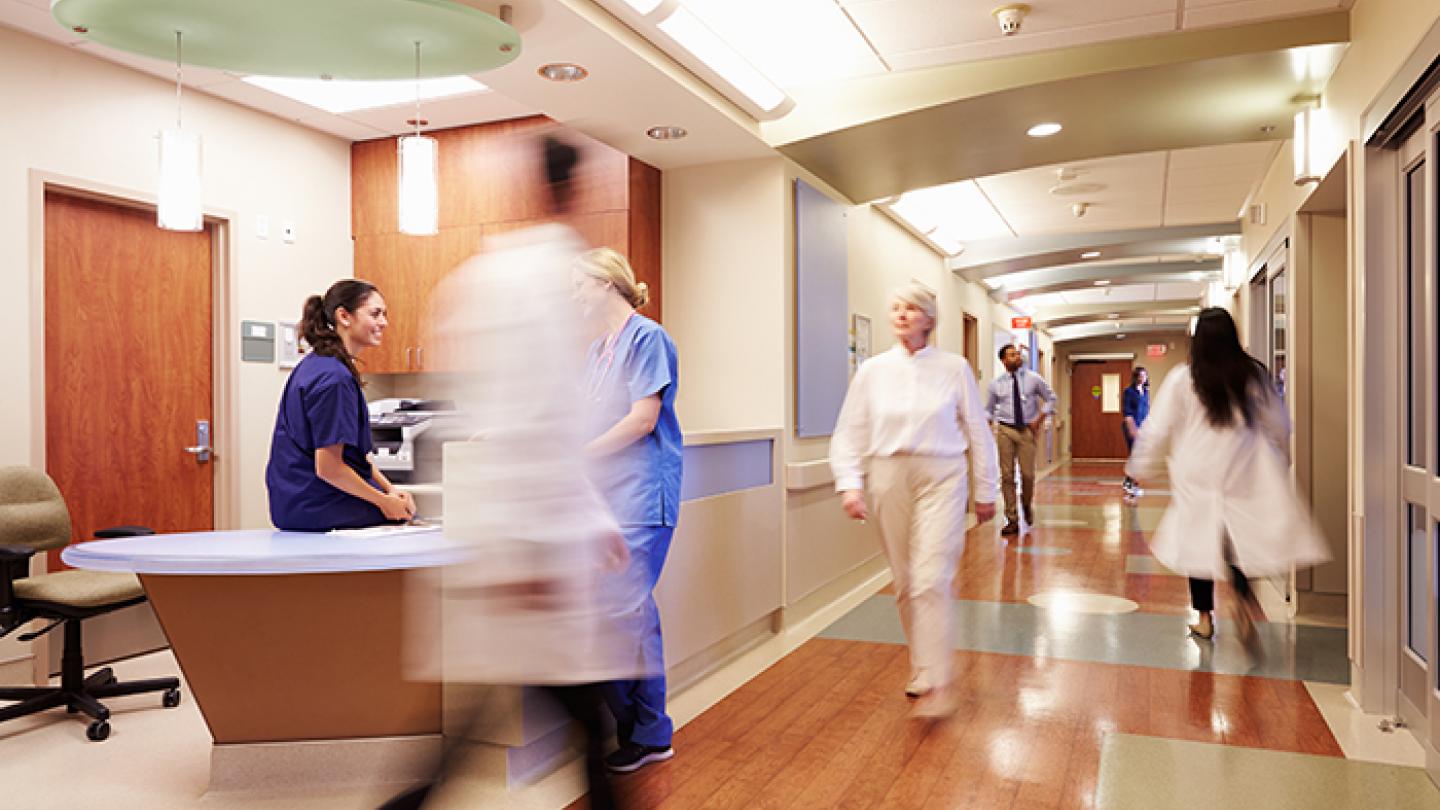 ANN ARBOR — Researchers at the University of Michigan Life Sciences Institute and School of Public Health have discovered a new class of anti-biofilm compounds derived from marine microorganisms that show promise against a drug-resistant bacterium commonly associated with hospital-acquired infections.

In cell cultures, the new compounds, known as cathuitamycins, are able to stop the Acinetobacter baumannii bacteria from gathering together in a sticky cluster known as a biofilm, according to findings published Feb. 16 in Nature Communications. Biofilms cling to surfaces and form complex structures that make them far more resistant to drugs than free-floating bacteria.

This property makes biofilms a deadly risk to patients in a hospital setting, where they can cling to medical devices, prosthetic implants and other surfaces, making them resistant to sterilization with traditional antimicrobial agents.

There are currently no drugs that specifically target biofilm formation on the market or in clinical trials, the researchers note.

Moreover, A. baumannii’s resistance to front-line antibiotics has been a growing concern worldwide and this bacterium can form a biofilm easily, which makes the treatment even more challenging, said co-senior author Chuanwu Xi, Ph.D., associate professor of environmental health sciences at the U-M School of Public Health.

“Treatment of (multi-drug resistant A. baumannii) infections is a great challenge for physicians as is control of MDRAB spread,” noted a recent article in the International Journal of Environmental Research and Public Health.

The new anti-biofilm agents were discovered by conducting high-throughput screening of compounds in the LSI’s library of “natural product” extracts — which includes thousands of drug-like substances derived from marine microorganisms collected by Sherman and his collaborators during marine field collection expeditions in locations across the globe.

These particular compounds were derived from the bacterium Streptomyces gandocaensis, which was isolated from marine sediment collected on a 2007 expedition to Punta Mona Island in Costa Rica. The screening was conducted in the LSI’s high-throughput lab, the Center for Chemical Genomics.

Once an extract was found that inhibited A. baumannii’s ability to form biofilms, the researchers conducted experiments to find its most potent forms; they also created two new more potent analogs.

Anti-biofilm drugs might be applied either directly to objects like medical implants, catheters or dental implants, or through systemic application, like antibiotics. Still in its early stages, the discovery will need further compound optimization and preclinical development before human clinical trials could be considered.

“This new class of biofilm inhibitors provides a foundation toward the development of safe and effective drugs to limit or prevent biofilm formation,” said Sherman, co-senior author of the study and Hans W. Vahlteich Professor of Medicinal Chemistry and associate dean for research and graduate education in the U-M College of Pharmacy, professor of chemistry in the College of Literature, Science, and the Arts, and of microbiology and immunology in the Medical School. “As antibiotic resistance becomes an increasingly important global health concern, marine microorganisms have a great — and largely untapped — potential to provide new classes of antibiotics and anti-biofilm compounds.”

The work was supported by the International Cooperative Biodiversity Groups initiative at the Fogarty International Center, the Great Lakes Regional Center of Excellence for Biodefense and Emerging Infectious Diseases Research, the Army Research Office, and the National Institutes of Health.

The University of Michigan has filed for patent protection on these discoveries.