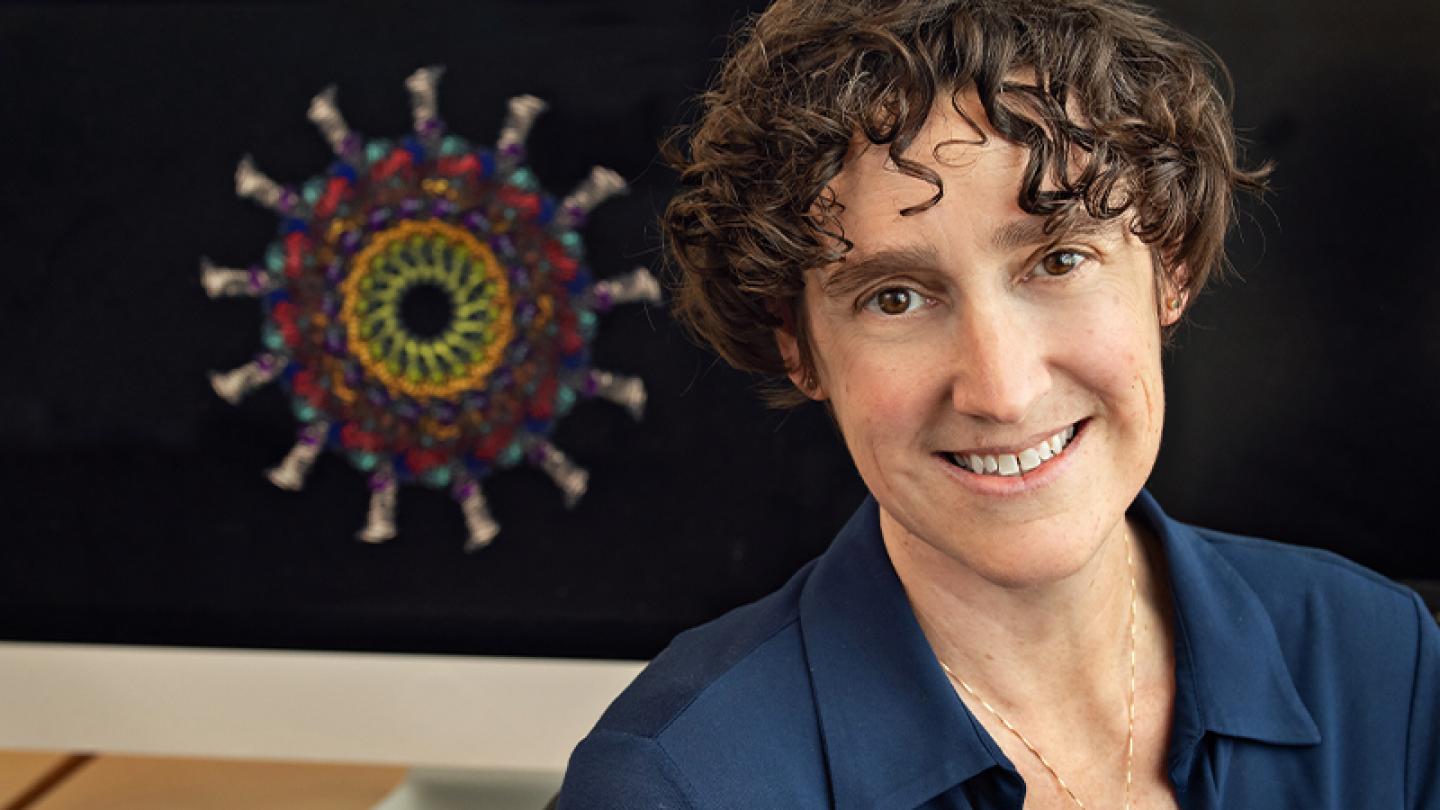 Huntington’s disease is a genetic neurodegenerative disease that causes progressive deterioration of neurons, leading to declines in motor, sensory and cognitive functions.

The disease is caused by a mutation in the huntingtin gene, which provides the genetic instructions for making the huntingtin protein. The mutation results in an abnormal repetition of three building blocks of the gene—cytosine, adenine and guanine (or CAG repeats)—ultimately producing a malformed protein that improperly accumulates in the neurons.

“For a long time, the hypothesis has been that protein aggregates cause the phenotypes—the characteristics or traits of the disease," says structural biologist Melanie Ohi, Ph.D., a professor at the LSI and U-M Medical School. “But over time, there have been studies showing that even when you block or reduce the aggregates, the phenotypes don’t go away.”

With a new award from the Klatskin-Sutker Discovery Fund, Ohi plans to explore an alternative hypothesis for what causes the neurons to break down: whether mutant RNA, rather than the protein, is the source of cell toxicity.

DNA does not directly produce proteins, but first creates a copy of its genetic instructions in RNA. The genetic information in the RNA is then translated into a protein. Ohi wants to compare the structures of normal huntingtin RNA with the RNA produced by the mutant gene to determine whether changes in structure may be affecting the RNA’s function.

The exploratory nature of this early-stage research makes it less likely to qualify for traditional funding sources, Ohi says.

“It's too high-risk for a grant at this point. But with this funding, I can start collecting the preliminary data that we would need in order to advance the project to the next stage,” she explains.

Ohi will use the $25,000 award to develop tools and conduct initial structural analyses. If her team can identify structural differences between the mutant and normal huntingtin RNA, that will open the door to begin identifying areas of the RNA that may be causing the phenotypes and could potentially be targeted for future disease therapies.

“These types of novel hypotheses have enormous potential to create new solutions for very serious unmet medical needs,” says Burton Sutker, M.D., who created the endowed Klatskin-Sutker fund with his wife, Deborah Klatskin. “This innovative approach could ultimately have an enormous impact on patients, which is precisely our goal for this fund.”

The Klatskin-Sutker Discovery Fund was established through a generous gift from the Klatskin and Sutker families to support high-risk, high-reward research projects that are unlikely to be funded through traditional grants.