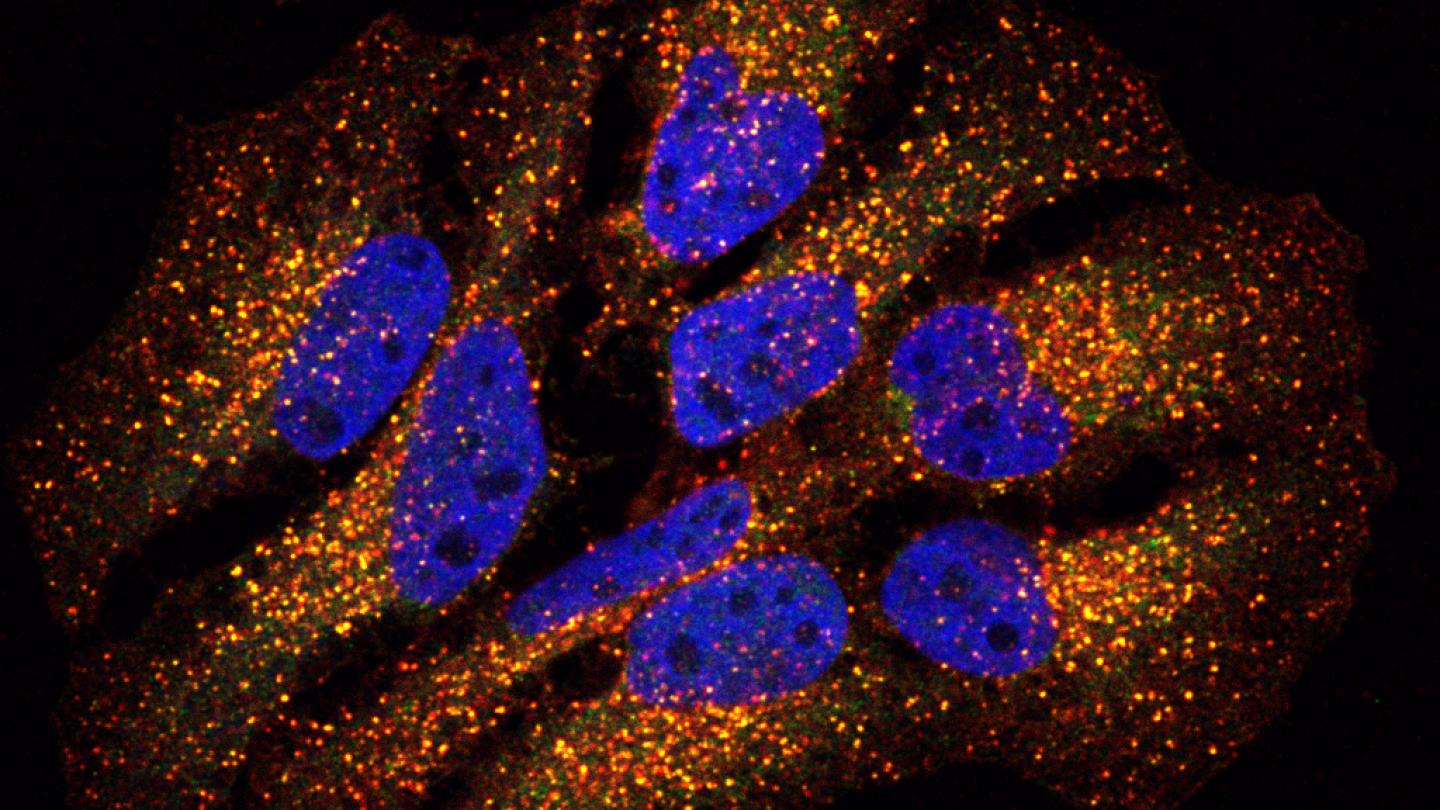 An obscure enzyme that normally operates deep within cells is also playing an unexpected role close to the cell surface—and is even required for cell migration—according to new research from the University of Michigan Life Sciences Institute.

The study, published in the journal eLife, focuses on an enzyme called PIKfyve. This enzyme was previously known to help regulate cellular units called lysosomes, which act as the cell’s waste-disposal system. But it recently has started gaining more attention from researchers in a variety of fields, as drugs that inhibit PIKfyve are being tested as potential treatments for disorders such as neurodegeneration, cancer and COVID-19.

Researchers in the lab of Lois Weisman, Ph.D., at the LSI have now demonstrated that PIKfyve does not just help regulate waste removal within the cell—it also acts to recycle cellular sensors back up to the cell surface when they are needed.

“Cells are not isolated entities; they have to be able to respond to their environment,” explains Weisman, a faculty member at the LSI and professor of cell and developmental biology at the U-M Medical School. “There are times when they may want to be more sensitive to a particular signal, and other times when they have less need to sense or respond to that signal.”

Part of how cells monitor their response to their ever-changing environment is by changing the specific sensors at the membrane that separates the cell from its environment, bringing sensors back into the cell when they are not needed or sending them to the cell membrane when they are.

Working with human cell cultures, the research team found that PIKfyve is part of the pathway that helps transport some of these sensors to the cell surface. Specifically, they found that PIKfyve is essential for recycling some sensors called integrins, which help control cell migration in response to an injury or other stimuli.

If we can better tease apart these different roles, we could begin to design better therapeutics that selectively target only some of the pathways that this enzyme regulates.

“PIKfyve has also received a lot of attention lately from different sources because apilimod, a PIKfyve inhibitor, is being tested for some neurodegenerative diseases, some cancers, and even COVID-19 infection,” he says. “Not much is known about PIKfyve apart from its role at the lysosome. So uncovering this new role is important in the context of better understanding the various roles of PIKfyve throughout cells.”

“We are just starting to see the multiple, widely varying roles that that PIKfyve plays in the cell,” adds Weisman. “If we can better tease apart these different roles, we could begin to design better therapeutics that selectively target only some of the pathways that this enzyme regulates.”

This research was supported by the National Institutes of Health, the American Heart Association and the University of Michigan Protein Folding Disease Imitative.