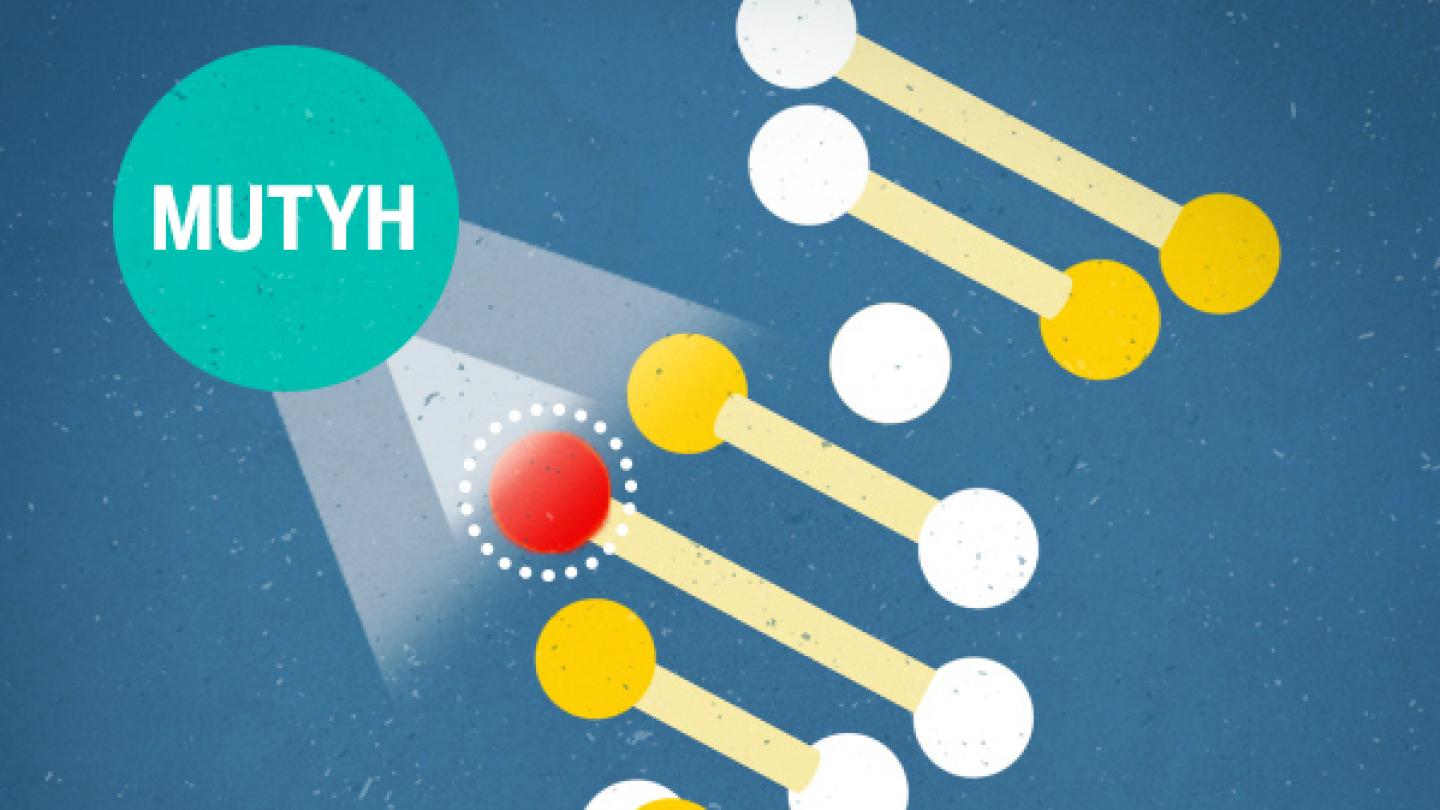 ANN ARBOR — The development of an aggressive, early-onset form of colon cancer may come down to a single missing iron atom in a key DNA repair protein, according to findings from a research collaboration between the University of Michigan Life Sciences Institute, the California Institute of Technology, and the University of Southern California.

The findings, published June 18 in Nature Chemistry, reveal how a mutation in the MUTYH protein prevents it from doing its job repairing damaged DNA. The study also reveals for the first time in humans that our DNA can function like an electrical wire, conveying important signals — the interruptions of which can lead to a proliferation of additional genetic errors, and thus to cancer.

While other mutations in the MUTYH repair protein (for MutY DNA glycosylase) have been linked with cancer before, this is the first time the mutation was associated with a cluster of iron and sulfur atoms in the protein. These clusters are at the heart of how the repair proteins perform DNA charge-transport chemistry — where the strands of our DNA transmit important information about faulty sections of genetic code that need to be fixed.

The research began when Stephen Gruber, M.D., professor of medicine at the USC Keck School of Medicine, identified an unusual genetic mutation from a family of patients with early-onset colon cancer. Through genetic analysis, Gruber determined that the mutation was affecting MUTYH.

“This is an essential DNA-repair enzyme,” explains David Sherman, Ph.D., research professor at the LSI. “It scans along the DNA and, if there is a mutation, it can sense the mutation, cut out the bad base and put in a new one. It’s pretty amazing. But there is still a long-standing question of how it scans. How does this protein know when it’s reached an incorrect base pair?”

Gruber asked the Sherman lab to help characterize the protein biochemically, and determine how the mutation might be contributing to this aggressive form of cancer. The researchers determined that the mutation, called C306W, affects a portion of the protein that normally helps hold a critical co-factor made up of a cluster of four iron and four sulfur atoms placed inside the protein. The mutation causes the iron-sulfur cluster to be degraded when exposed to oxygen, resulting in a cluster with only three iron atoms.

And with that one iron atom missing, the MUTYH protein can’t do its job.

This mutation essentially allows the human genome to develop multiple mutations in other cancer repressors — proteins that actually can control the onset of malignancy.

No Signal, No Repair

To understand why the mutant protein no longer responds to damaged DNA, the team turned to Jacqueline Barton, Ph.D., Norman Davidson Leadership Chair of the Division of Chemistry and Chemical Engineering at CalTech. As a pioneer in the field of DNA-mediated charge transport, Barton has demonstrated that DNA strands in bacteria can act as wires, transmitting electrical signals. This latest research demonstrates that the same electrical signaling is also at work in human versions of DNA repair proteins — and that interruptions to this process may be linked to cancer.

“This ability of DNA to transmit electrical signals is essentially how MUTYH detects where there’s a lesion, by virtue of this cluster of iron and sulfur atoms,” says Sherman.

Normally, the iron-sulfur cluster on the protein allows electrons to pass in and out of the MUTYH protein, enabling it to receive signals about damaged DNA. With just the one iron atom missing, however, the protein is no longer able to receive and interpret the electronic signals being transmitted along the DNA strand. And without that signaling, it cannot find and repair a damaged gene.

What’s more, because this one mutation to the gene that makes the MUTYH protein disables the it from repairing damaged DNA, it leads to further mutations across the genome.

“This mutation essentially allows the human genome to develop multiple mutations in other cancer repressors — proteins that actually can control the onset of malignancy,” Sherman explains.

Sherman emphasizes how the collaborative nature of this project led to a new understanding of this aggressive form of cancer. “It really was a combination of Steven’s genetic discovery, our ability to conduct the biochemical studies and functional studies to show the outcome of the lesion, and then Jacqueline’s ability to study the redox signaling and show — for the first time —that what she had determined to be occurring in bacteria is also happening in humans.”

Gruber echoes these sentiments. “There is no way that this project could have been completed by one team alone. We needed the expertise of the protein chemists at Michigan, the innovative electrochemistry of the world’s leading lab at CalTech, and our good fortune to deeply pursue unanswered questions in patients,” he says.

The research was supported by the National Institutes of Health, the American Society of Clinical Oncology, the USC Norris Comprehensive Cancer Center, the Ming Hsieh Institute for Engineering—Medicine for Cancer, Daniel and Maryann Fong, the Anton B. Burg Foundation and the Moore Foundation.