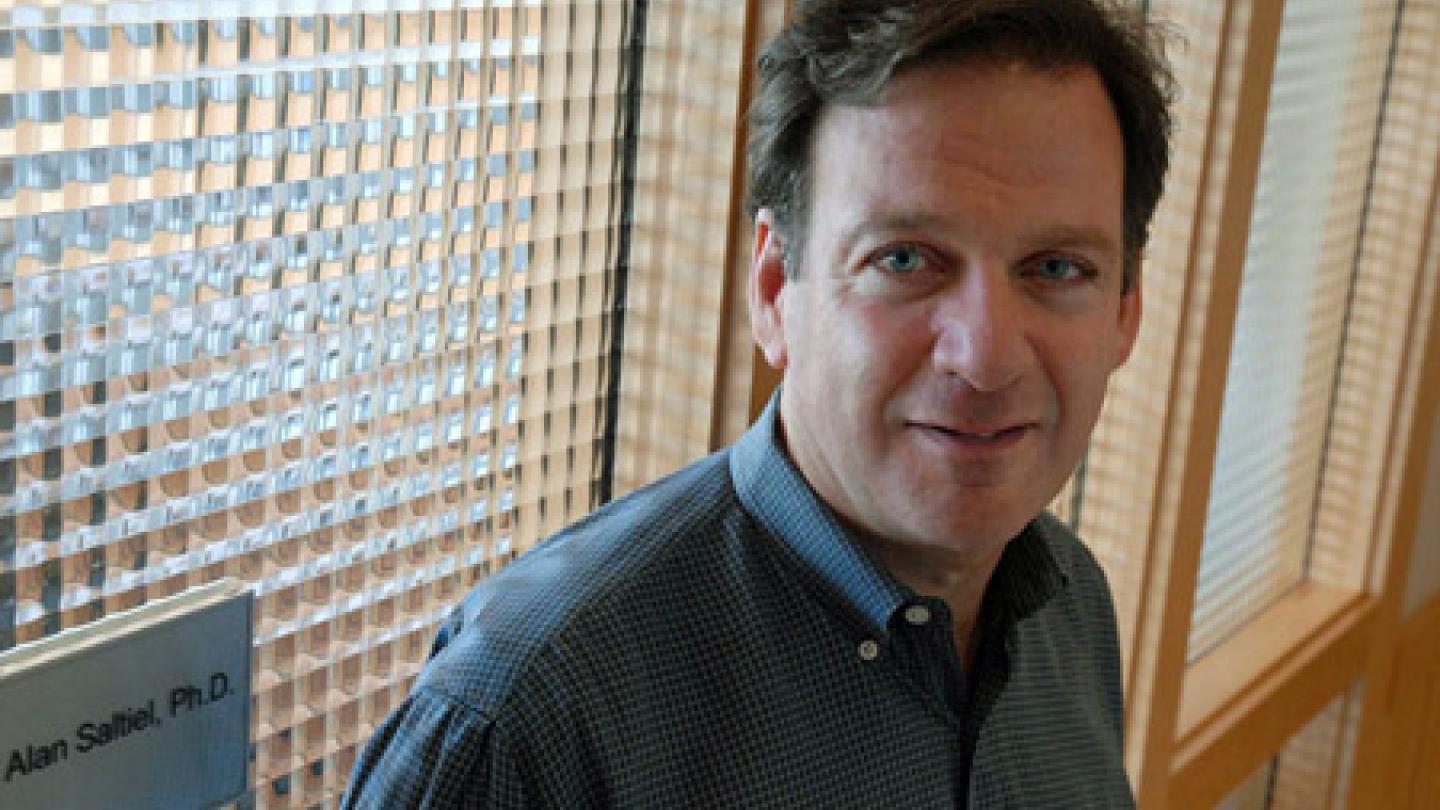 Ever wonder why obese bodies burn less calories or why dieting often leads to a plateau in weight loss? In both cases the body is trying to defend its weight by regulating energy expenditure. Until now, how this happens has been a mystery.

“Human bodies are very efficient at storing energy by repressing energy expenditure to conserve it for later when you need it,” said Alan Saltiel, PhD, director of the UC San Diego Institute for Diabetes and Metabolic Health and former director of the University of Michigan Life Sciences Institute, where the research began. “This is nature’s way of ensuring that you survive if a famine comes.”

In a paper publishing in Cell on February 8, University of California San Diego School of Medicine researchers identify the enzyme TANK-binding kinase 1 (TBK1) as a key player in the control of energy expenditure — or calories burned — during both obesity and fasting.

“There are two important observations that we have linked to slowing metabolism in obesity and fasting,” said Saltiel. “We’ve discovered two new feedback loops that are intertwined to self-regulate the system. Think of it like your home thermostat, which senses change in temperature to turn heat off and on.”

Using mouse models, researchers observed the first loop: Chronic stress triggered by obesity causes inflammation through the activation of the pathway NFKB. This pathway induces genes associated with inflammation and obesity including TBK1. When TBK1 is activated, it shuts down AMPK, one of the master regulators of energy expenditure, thus reducing a cell’s ability to burn calories, and resulting in fat storage. This is the mechanism by which obesity reduces energy expenditure.

As it turns out, the enzyme AMPK also senses changes in energy levels during fasting and increases expenditure by instructing cells — especially adipocytes (fat cells) — to burn fat as an energy source. But, when fasting activates AMPK it initiates TBK1, which ultimately inhibits AMPK’s role in burning fat.

TBK1 is involved in a second feedback loop: While NKFB induces TBK1, TBK1 turns around and inhibits NFKB. The activation of TBK1 normally reduces inflammation, without completely eliminating it, causing it to be low grade. Without TBK1, inflammation increases.

Deletion of TBK1 in obese mice resulted in weight loss and increased inflammation, but in normal weight mice there was no change. This also explains how restricting calories might reduce inflammation.

“Inhibiting TBK1 has the potential to restore energy balance in states of obesity by enhancing the ability to burn some fat,” said Saltiel. “This is probably not the only pathway accounting for energy expenditure in fasting or obesity, but this information provides new insight into how we might develop drugs that inhibit TBK1 or other enzymes involved in metabolism.”

One possible TBK1 inhibitor is called amlexanox, an anti-inflammatory and anti-allergic drug used to treat asthma that was developed in the 1980s in Japan. In a paper published in Cell Metabolism  last year, Saltiel and team reported a clinically significant reduction in blood glucose during a randomized, double blind, placebo-controlled clinical trial of a subset of patients with type 2 diabetes who used amlexanox for 12 weeks.

In a previous study, Saltiel and colleagues reported that when TBK1 is induced in obese mice it caused a drop in energy expenditure or reduction in calories burned. Giving obese mice amlexanox caused them to lose weight, while their sensitivity to insulin increased, improving their diabetes and fatty liver disease.

The current paper reveals why amlexanox may have been effective.

“It may be that if we tweak this pathway we will rev up the metabolism again to improve energy expenditure,” said Saltiel. “I think you’ll probably still have to do both: reduce energy intake through diet and increase energy expenditure by blocking this compensatory reduction in burning calories. We know that diets alone don’t work and this is why.”

Disclosure: Alan Saltiel is named inventor on several patent applications that include amlexanox.