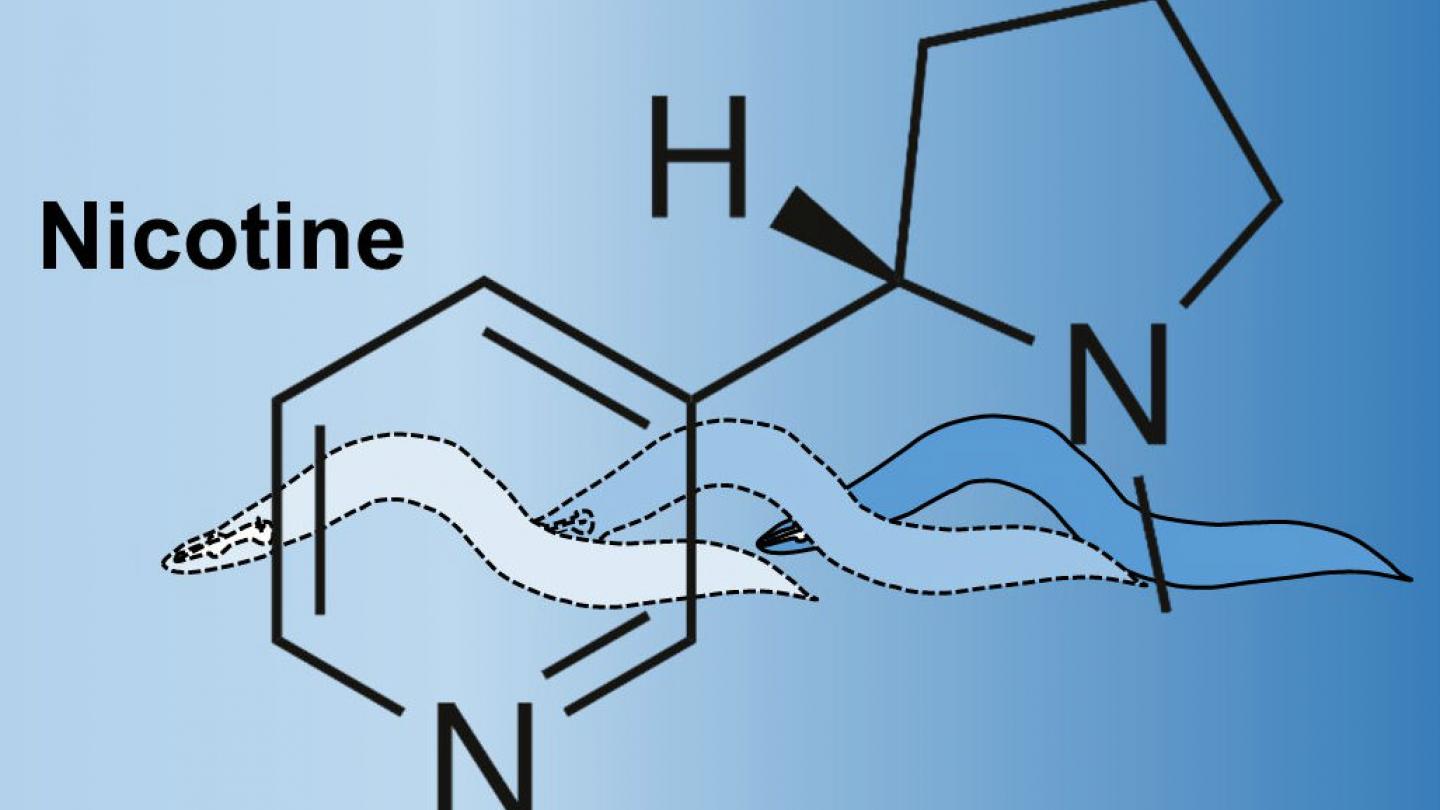 Researchers at the University of Michigan Life Sciences Institute have found that a previously dismissed genetic mechanism may contribute to nicotine dependence, and to the withdrawal effects that can make quitting smoking so difficult.

Scientists in the lab of Shawn Xu, Ph.D., examined withdrawal responses in the millimeter-long roundworms Caenorhabditis elegans, which get hooked on nicotine just like humans.

In the findings, published November 7 in Cell Reports, the researchers identified specific genes and microRNA that play an essential role in how the roundworms develop nicotine dependence and withdrawal — clues that may carry over to the mammalian realm.

The study takes a fresh look at a previously dismissed biological mechanism. Most research in the field has focused on how proteins called nicotine acetylcholine receptors contribute to dependence. Xu and his colleagues focused on an earlier step in the genetic coding process and discovered that a series of genes are involved in a process that ultimately increases the production of the nicotine receptor proteins, with microRNAs — a class of small RNA molecules that help fine-tune gene expression — playing a pivotal role.

“We’re seeing a clear link between nicotine, microRNA, the receptor proteins, and nicotine-dependent behavior,” says Jianke Gong, Ph.D., a researcher in Xu’s lab at the University of Michigan Life Sciences Institute and one of the lead authors on the study.

This mechanism had been dismissed as unimportant to nicotine dependence; however, Xu points out, those conclusions were made decades ago, using less sophisticated techniques.

Xu hopes that this latest discovery in C. elegans will now lead other scientists to reexamine the role of these microRNAs in nicotine dependence in mammals, and ultimately lead to a better understanding of what causes the dependence.

“People believed this question had been settled,” says Xu, a professor at the LSI and in the Department of Molecular and Integrative Physiology at the U-M Medical School. “But we have better tools now. We, as a field, need to take another look at this mechanism in nicotine addiction.”