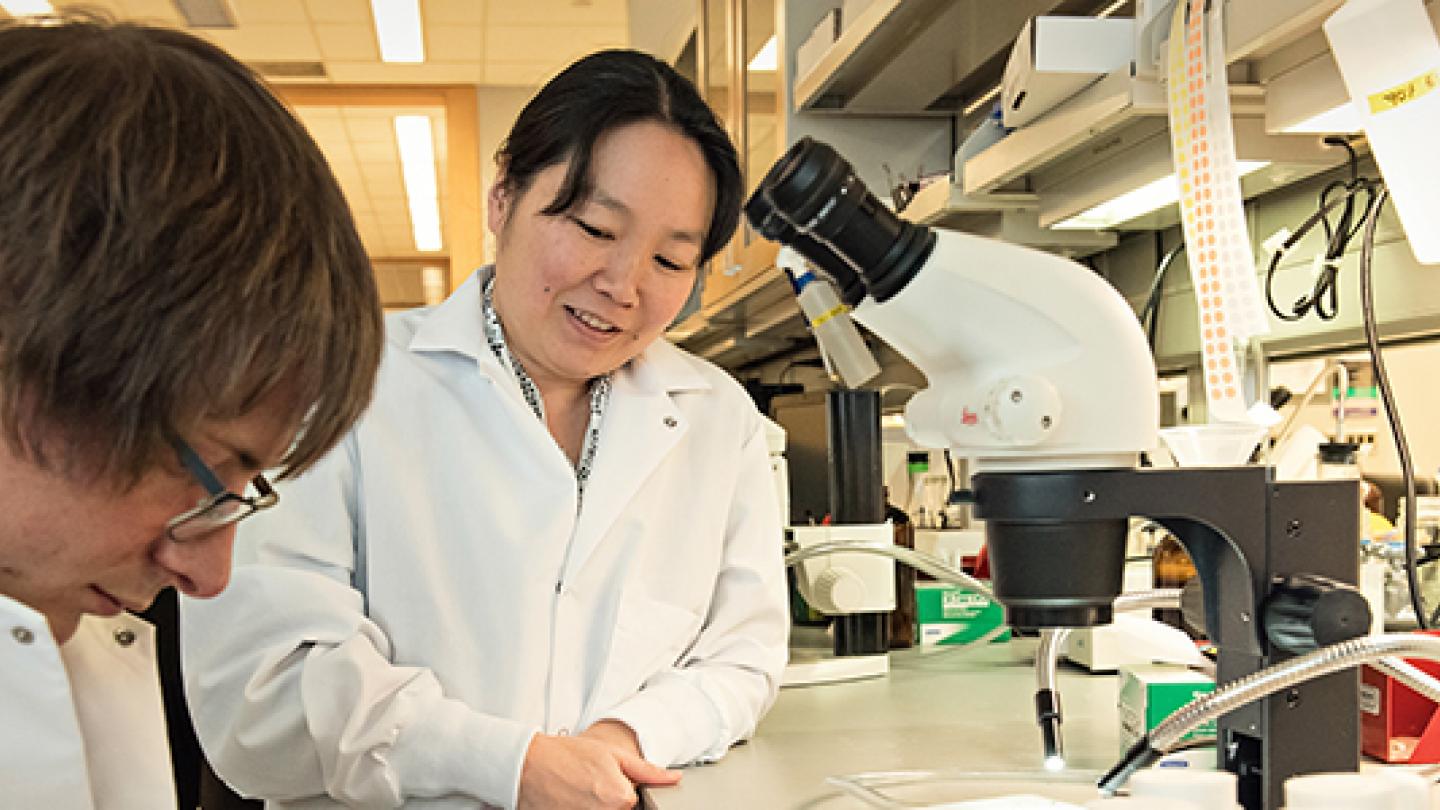 University of Michigan Life Sciences Institute faculty member Yukiko Yamashita, Ph.D., has been awarded the 2016 Tsuneko and Reiji Okazaki Award by the Institute of Transformative Bio-Molecules at Nagoya University in Japan.

The award is presented annually to an early career scientist who has made significant contributions to the field of biology through innovative and original approaches or transformative technologies, the award website says. And it “recognizes a young scientist’s extraordinary efforts and accomplishments and encourages his or her future success.”

Yamashita, who is also an associate professor in the Department of Cell and Developmental Biology at the Medical School and a Howard Hughes Medical Institute investigator, is the second scientist to win the award.

The award honors the legacy of Nagoya University professors Tsuneko Okazaki and Reiji Okazaki — who discovered short DNA fragments that are formed during DNA replication, and which now bear the married couple’s name.

“They dedicated themselves to advancement of molecular biology and nurturing excellent molecular biologists,” the award website says. “In honor of the spirit and legacy of Professors Okazaki, we have launched the Tsuneko & Reiji Okazaki Award.”

Yamashita will present a lecture at Nagoya University on December 12 titled “The role of satellite DNA in Drosophila.” Her work uses fruit flies as a model system to investigate fundamental questions about stem cell division and how stem cells give rise to differentiated tissue.

Yamashita is also the recipient of several other notable awards including being named a MacArthur Fellow and a Searle Scholar. She also received a Basic Science Research Award from the U-M Medical School and this year won a Faculty Recognition award from the Rackham Graduate School.