Forum Hall, Palmer Commons
This is a public event.
Mechanotransduction is perhaps the last sensory modality not understood at the molecular level. Proteins/ion channels that sense mechanical force are postulated to play critical roles in sensing touch/pain (somatosensation), sound (hearing), shear stress (cardiovascular function), etc.; however, the identity of ion channels involved in sensing mechanical force had remained elusive. The Patapoutian lab identified PIEZO1 and PIEZO2, mechanically-activated cation channels that are expressed in many mechanosensitive cell types. Genetic studies established that PIEZO2 is the principal mechanical transducer for touch, proprioception, baroreception and lung stretch, and that PIEZO1 mediates blood-flow sensing, which impacts vascular development. Clinical investigations have confirmed the importance of these channels in human physiology. Most recently, Patapoutian lab identified TMEM63/OSCA family of mechanically activated ion channels as well as a GPCR (GPR68) that senses shear stress and is essential for controlling flow-mediated dilation of blood vessels. The lab continues to analyze the physiological relevance of these receptors in and is searching for novel mechanosensors. 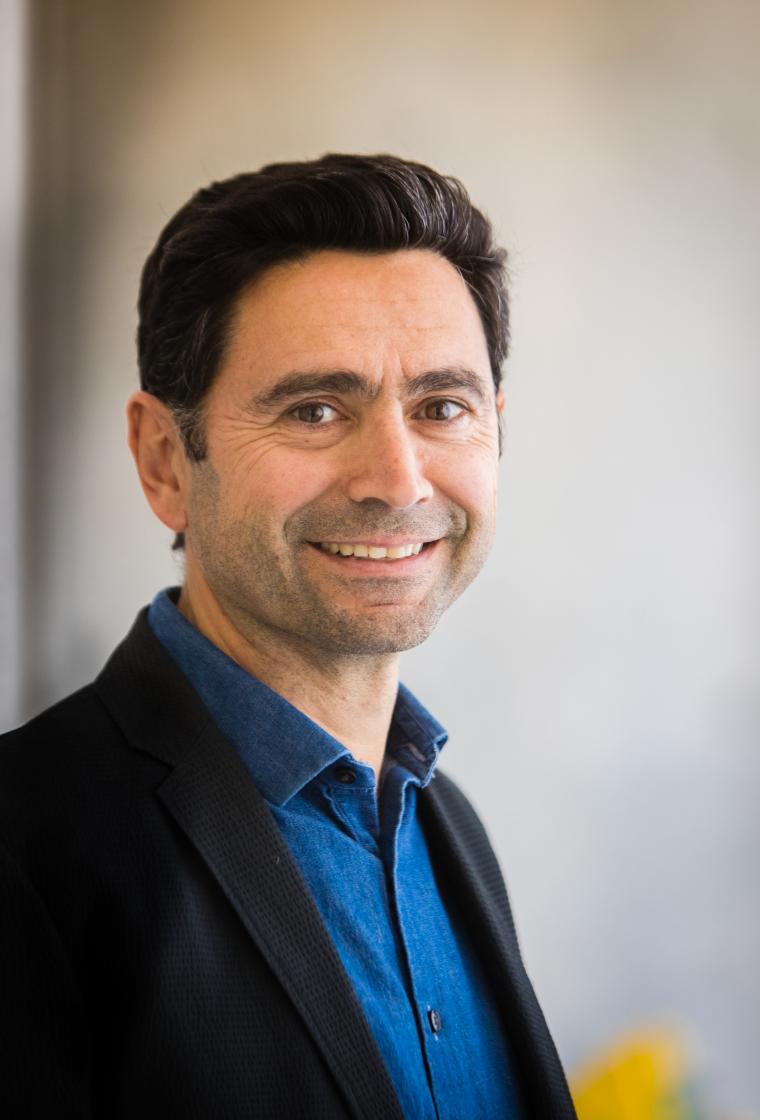 Ardem Patapoutian, Ph.D.
Professor of Neuroscience; Howard Hughes Medical Institute Investigator
The Scripps Research Institute
Ardem Patapoutian, Ph.D., is a molecular biologist specializing in sensory transduction. His notable contributions include identifying novel ion channels activated by temperature, mechanical force and increased cell volume. His laboratory has shown that these ion channels play crucial roles in sensing temperature, touch, proprioception and pain.
Patapoutian was born in Lebanon and attended the American University of Beirut for one year before he immigrated to the United States in 1986. He graduated from UCLA and them received his Ph.D. at Caltech in the lab of Dr. Barbara Wold. After postdoctoral work with Dr. Lou Reichardt at UCSF, he joined the faculty of The Scripps Research Institute in 2000, where he is currently a professor in the Department of Neuroscience and a Howard Hughes Medical Institute Investigator. He is a fellow of the American Association for the Advancement of Science and a member of the National Academy of Sciences. Patapoutian was awarded the Young Investigator Award from the Society for Neuroscience in 2006 and the Alden W. Spencer Award from Columbia University in 2017.